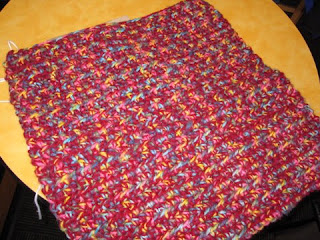 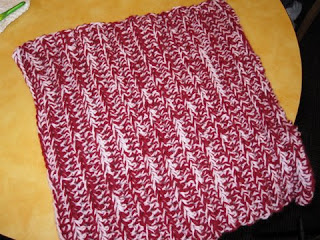 Constance is the driving force behind getting people to crochet "kitty blankets" for the Western Pennsylvania Humane Society. The examples seen here are just some of the blankets crocheted by 3RC members. They are 17" x 17" and were crocheted holding 2 strands together. Constance is the teacher of the beginning crochet class given at WPHS.
She also enjoys thread crochet. She has embellished baby things for sale at a craft fair. 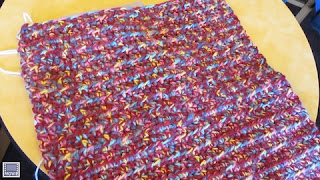 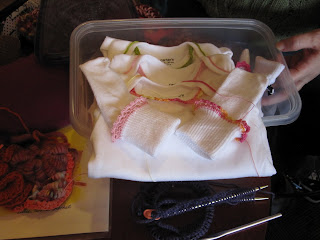 The Pittsburgh VA Has Asked For Hats/Scarves 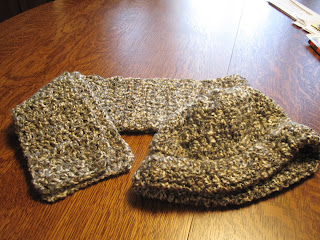 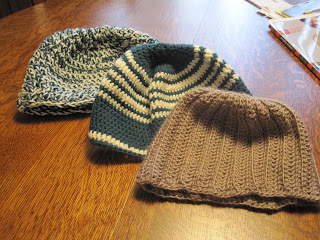 The Pittsburgh VA director of volunteers has asked for hats and scarves. As soon as we have enough for a trip out to Aspinwall, Lyn & Joe will drop off what we've gathered.

Denise K sent us three hats and a pair of gloves. Denise always chips in when we ask for a little help. Thanks, Denise.

Peggy gave us the red and swirled hat, as well as the scarf and hat set. Like that tweed.

Chris A made three more hats in large sizes, keeping her dad's head size in mind. Thanks for the hard work, everyone. 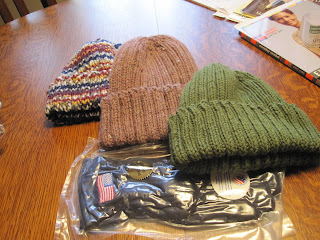 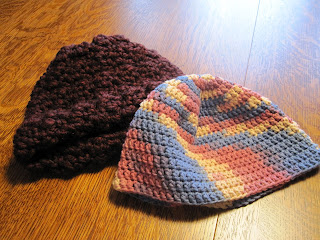 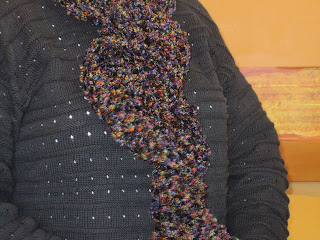 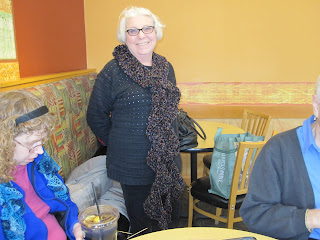 Marti made this scarf awhile ago. It's one of the curly scarves designs and turned out nicely and I hope warmly. Sometimes we shy away from yarns with many colors, but look at how pretty all the colors make this scarf, so that it looks far more complicated than it actually was. I love that.

I am wearing a knit cowl, but I didn't knit it! Best kind, right? Actually I won the yarn through the Pittsburgh Knit & Crochet Festival from one of the monthly updates. It is Panne from Tahki and is a delighfully soft chenille and I received 6 skeins. It came with a knit pattern for the cowl and a hat. But there was not enough time left with my barely past beginner knitting skills if I wanted to wear it at the festival. So I coerced Theresa (my knitting guru) into knitting the cowl for me. Everyone in the group supported the way I handled my dilemma.

Well, of course, she did a wonderful job. So good, in fact, that since I was donating the remaining yarn for another cowl to be put into our gift sales, Karen said she would purchase it as soon as it was done. That means, with the cowl and 2 knit hats, that Theresa has already raised $85 toward next year's charity gift sales, by using her commission system. They don't pay her; they write a check for one of our two charities. 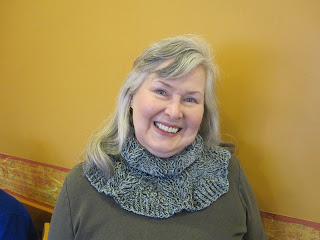 Some Finished Projects from Paulette 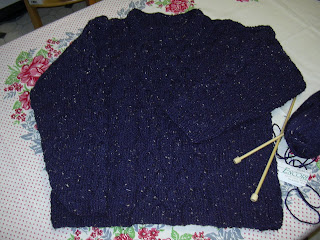 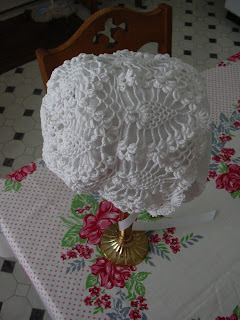 Paulette made the blue sweater for her daughter. It was knitted with Plymouth Encore Tweed and is very textured with seed stitch and cables. The dark color hides all that texture. Another of those items that a picture does not do justice.

Paulette worked and worked until she mastered the bullion stitch. The baby bonnet is from Interweave's Crochet Heritage and is a vintage design. The bonnet is just covered with bullion stitches.

Finally we have an afghan that Paulette put together from donated squares (made by a mother, daughter team). She added the embroidered flowers and the green trim. A sweet project from rather bland vanilla squares. 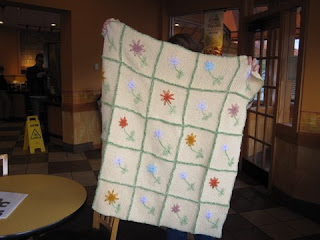 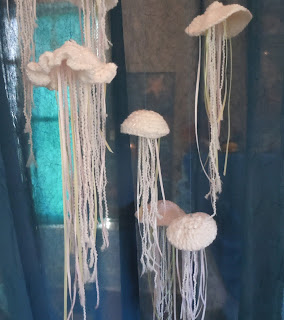 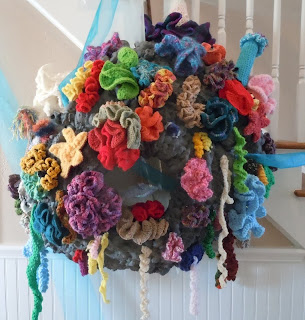 Amanda winters for a few months in Florida each year. While biking she and her husband discovered this "Coral Reef". You can see that the display is not particularly large and that it has a poster with a key to identify everything on the reef. Her photography is terrific. Take time to check out each little thing in the pictures. Personally, I find the jellyfish delightful.

She sent us info to find out more. Manatee Country Coral Reef Exhibit on You Tube. Herald Tribune Article 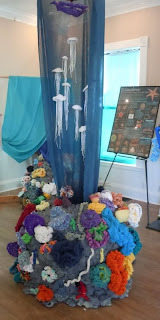 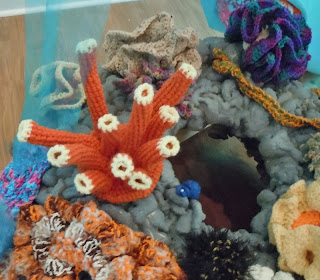 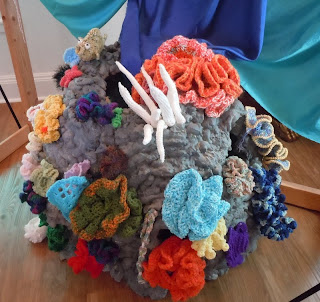 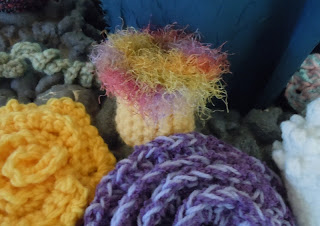 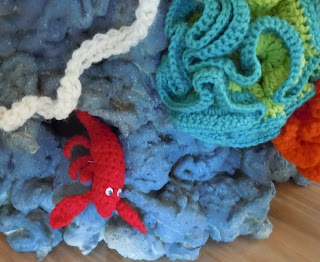 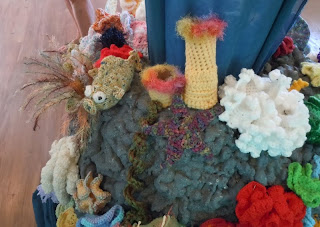