Occasionally in this blog I have mentioned The Book – Crochet One-Skein Wonders edited by Judith Durant and Edie Eckman.  This book has become very popular in 3RC, several members own copies.  The book contains 101 projects from many, many different designers.  There are a wide variety of types of patterns, including stuff to wear ( shawls, cowls, slippers, shrugs), stuff to keep warm (hats, scarves, gloves/mittens, baby blanket), stuff to carry other stuff in (bags, purses, clutches), stuff to play with (stuffed animals), decorative stuff (jewelry, pins, scrunchies), and stuff for around the house (pot holders, tea cozy).


One of the best things about the book, besides the great patterns, is how it is organized.  Each section is organized by yarn weight, which is very useful when you are looking for something to do with that single skein of yarn.  It drives me crazy when I find a pattern I like, then discover that the weight the pattern calls for is very different from the skein I want to use.  That means messing around with going up or down in hook sizes, playing with gauge which never goes well for me.  Its much easier with One-Skein Wonders.  If I have a skein of some nice light weight yarn, then I just have to flip through that section.  What to do with that bulky yarn?  Lots of patterns there, too.  There’s even patterns for thread, although I’ve never gotten the urge to work with those tiny, tiny hooks and that thin, thin thread.  Crocheting with thread is a whole other level of dexterity and patience, that I haven't yet dared to do.  But that's getting a bit off topic, so back to the book.


The patterns themselves have both written instructions and clear charts.  I’ve only been using charts instead of the written directions for about a year but I’m amazed at how much easier it is for me to understand them.  The abbreviations and secret code like way that written directions are presented in always were a bit confusing for my brain.  Charts make it much clearer, I think.  However, everyone is different, and both charts and written directions are provided for all the patterns in the book.  There are also color photos for all the patterns.  Some of the photos give a better image of the design than others, but overall the photos are good.


Here are some photos of some of the projects 3RC folks have made using Crochet One-Skein Wonders. 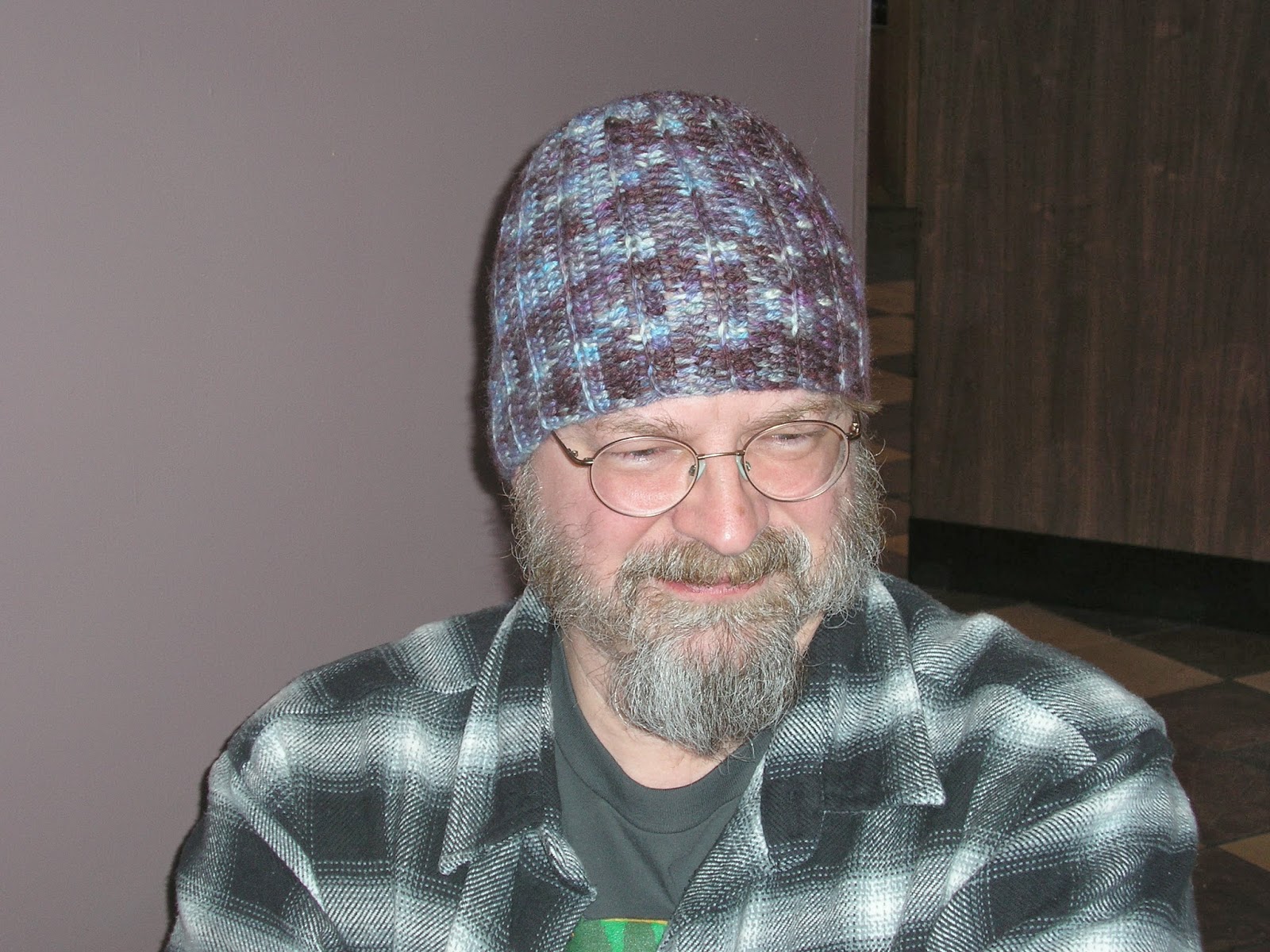 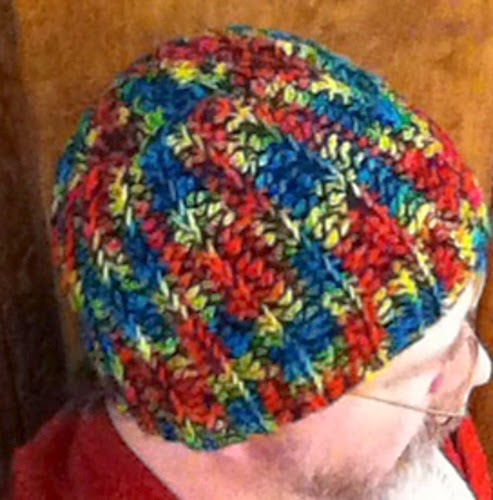 This is a variation of the Simply Elegant Scarf. The original pattern calls for it to be made in the round, which results in a double layered scarf.  Because I can't resist messing with patterns a bit, I made it in a single layer.  At the end of each row, I chained 3.  That gave the scarf the scalloped edge. 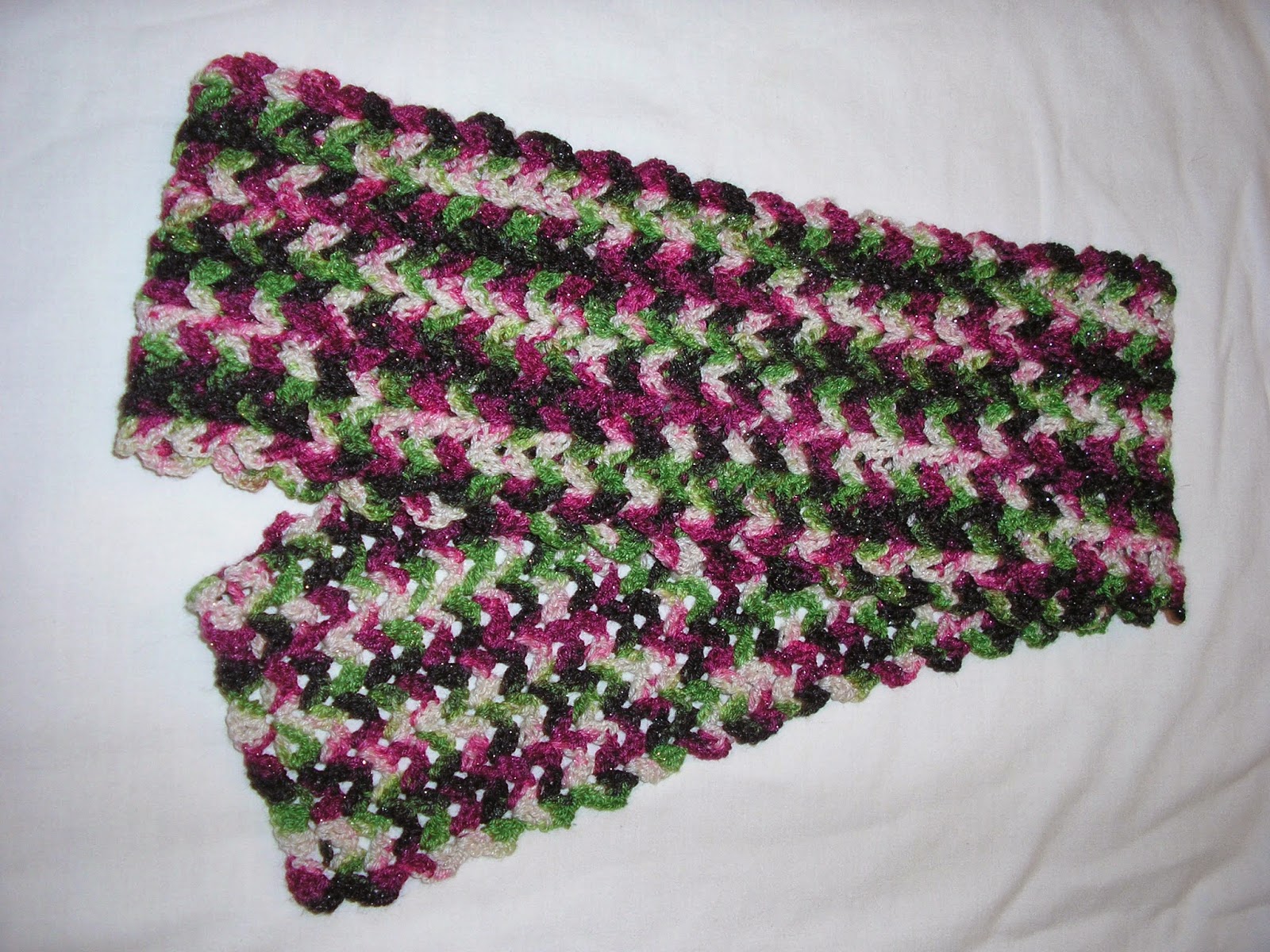 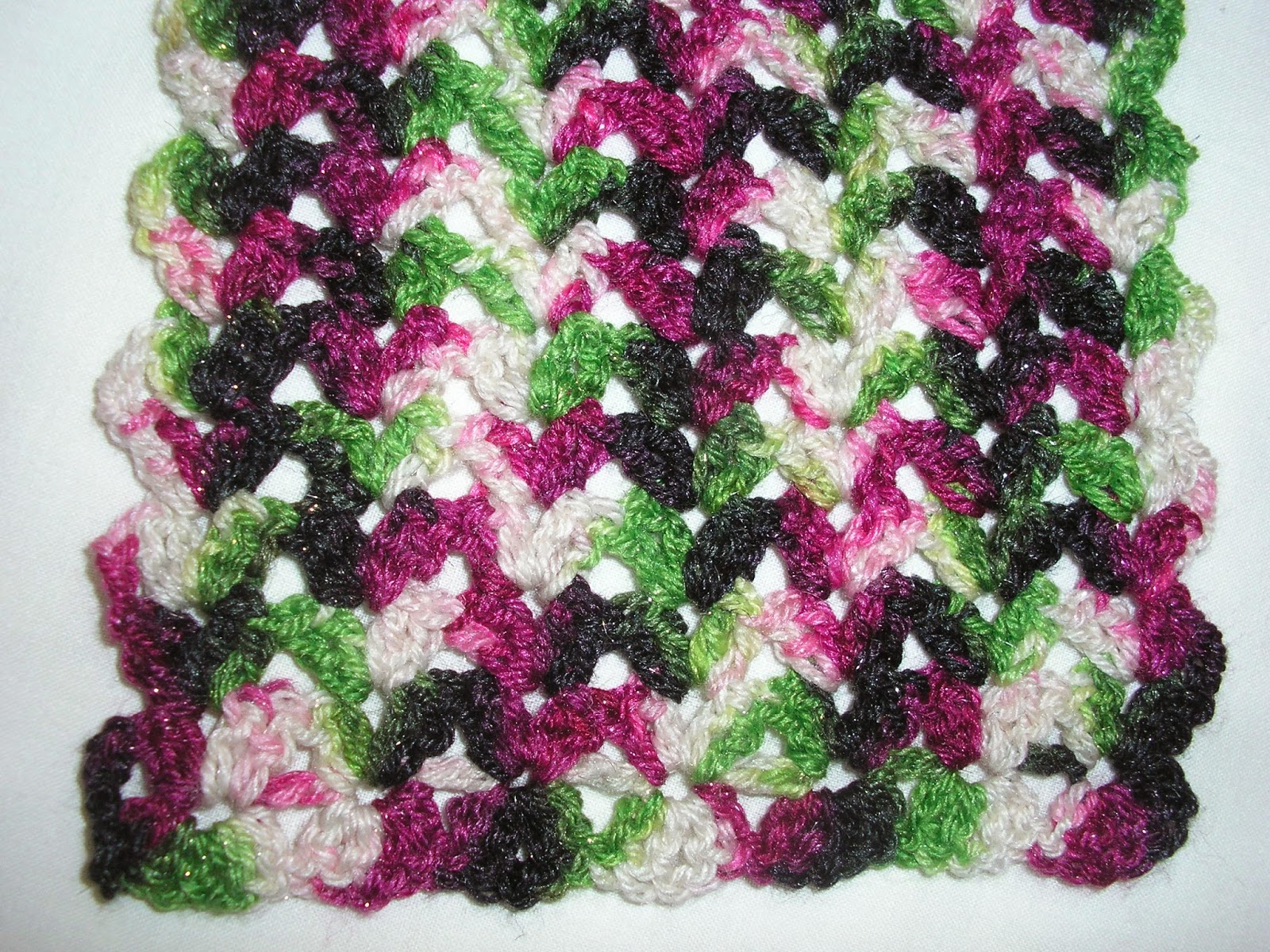 Constance made these Astra fingerless gloves.  As a side note, Constance has made many things using thread, including some lovely edging on socks and baby onesies, and holders for small tissue packs.  Working with tiny hooks and thread holds no fear for her.  Also not pictured here is the Lullaby Dreams Baby Blanket on which she is currently working. 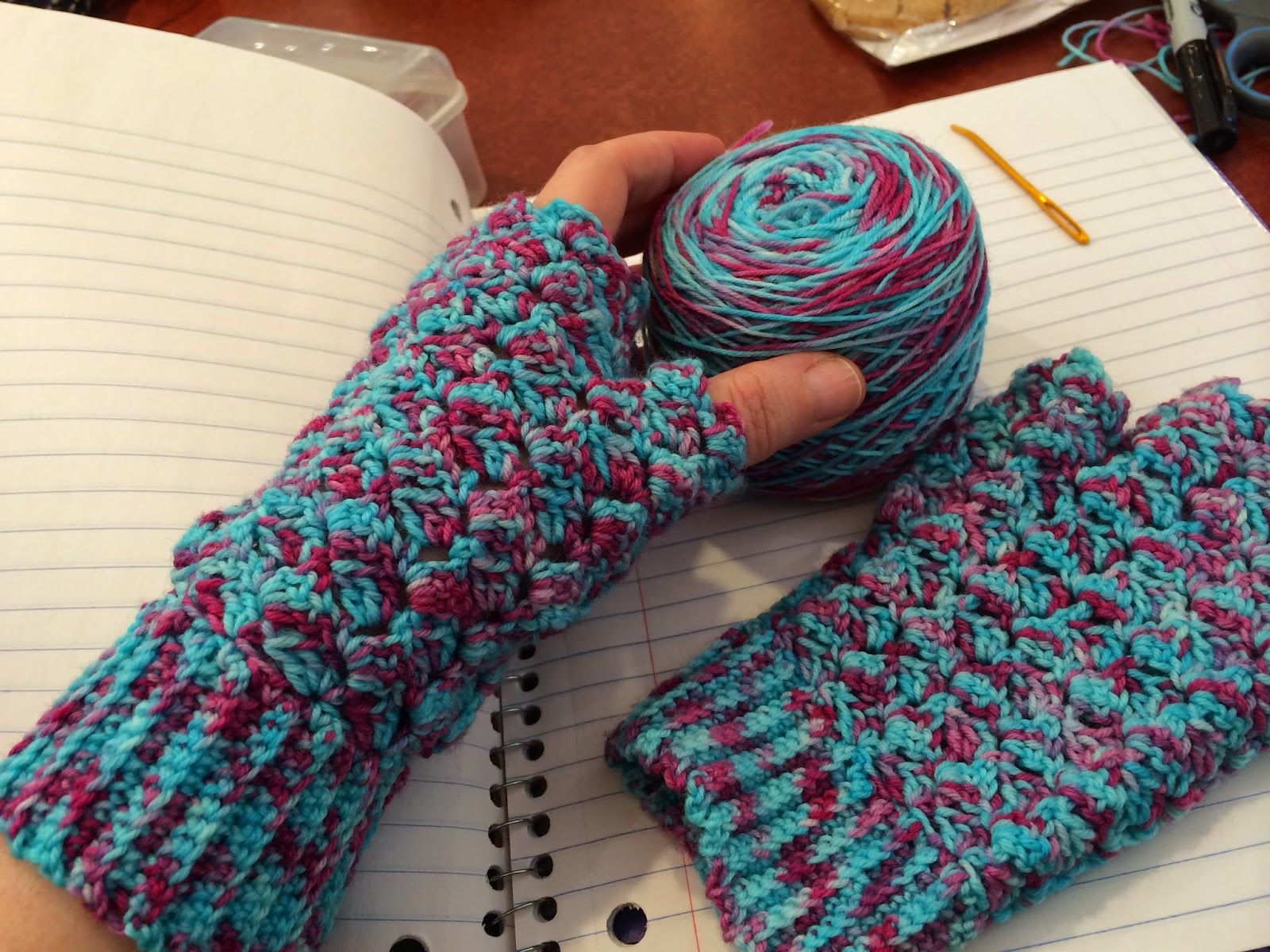 These adorable doll clothes were made by Ethlyn using the Rainbow Doll Ensemble.  She added the buttons to the hats as an extra spiffy decoration. 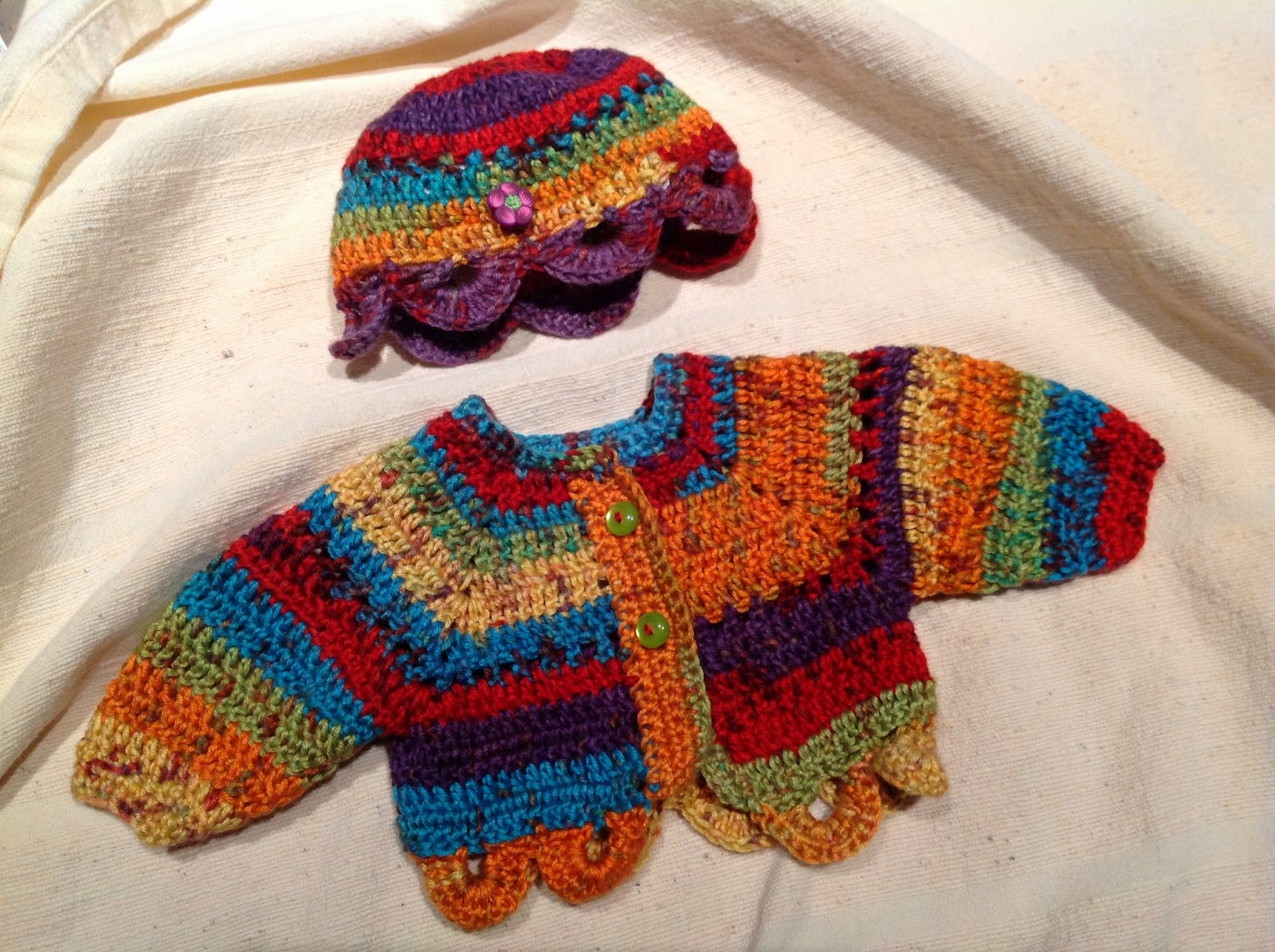 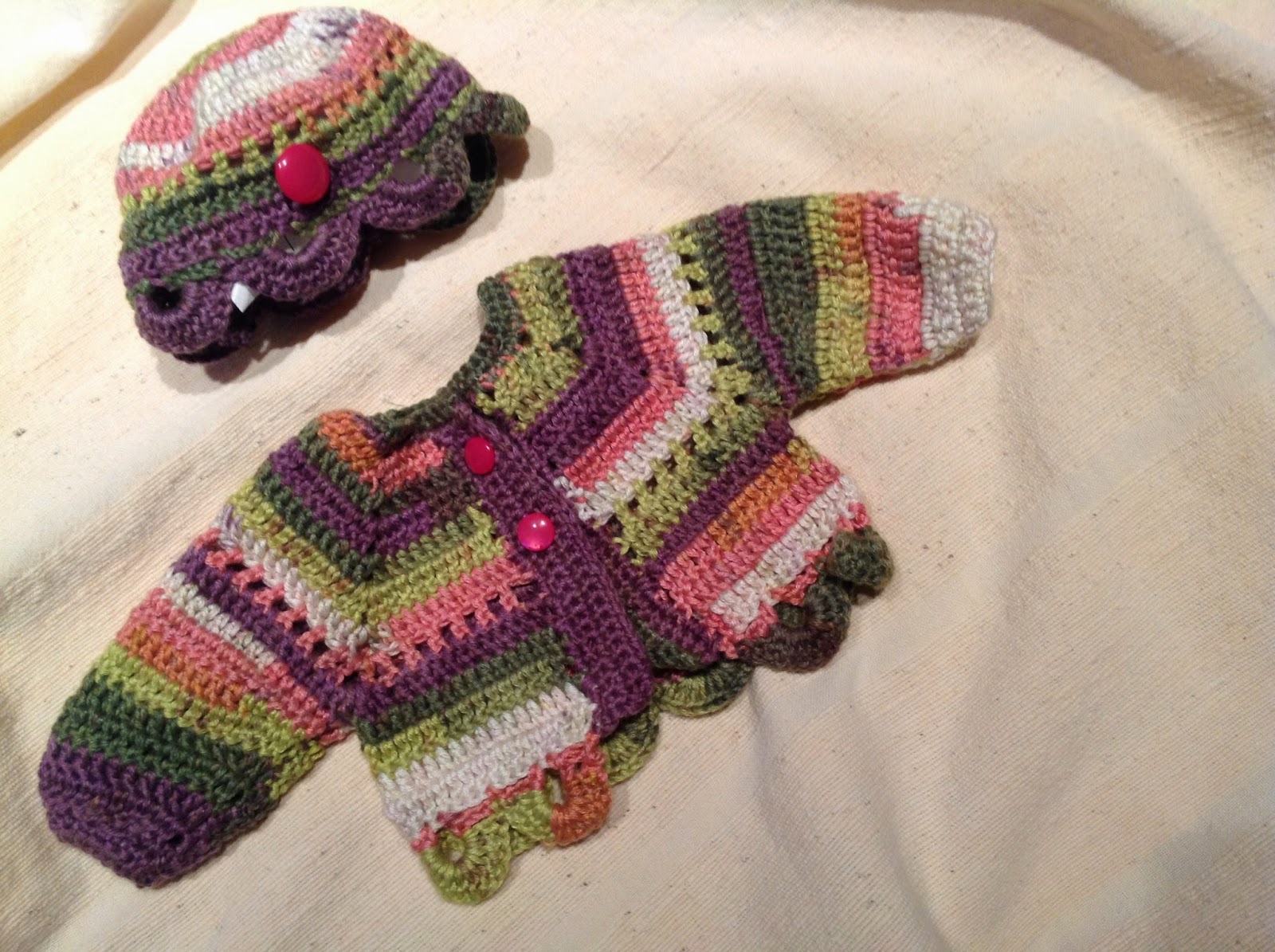 Here's a Montana Hat.  Its one of those patterns that looks like a very fancy-smancy stich, but is fairly easy to do.  The brim is just a strip made using front and back posts which are crossed over each other, then the brim is sewed together into a circle.  The top is crocheted in the round along the edge of the brim. 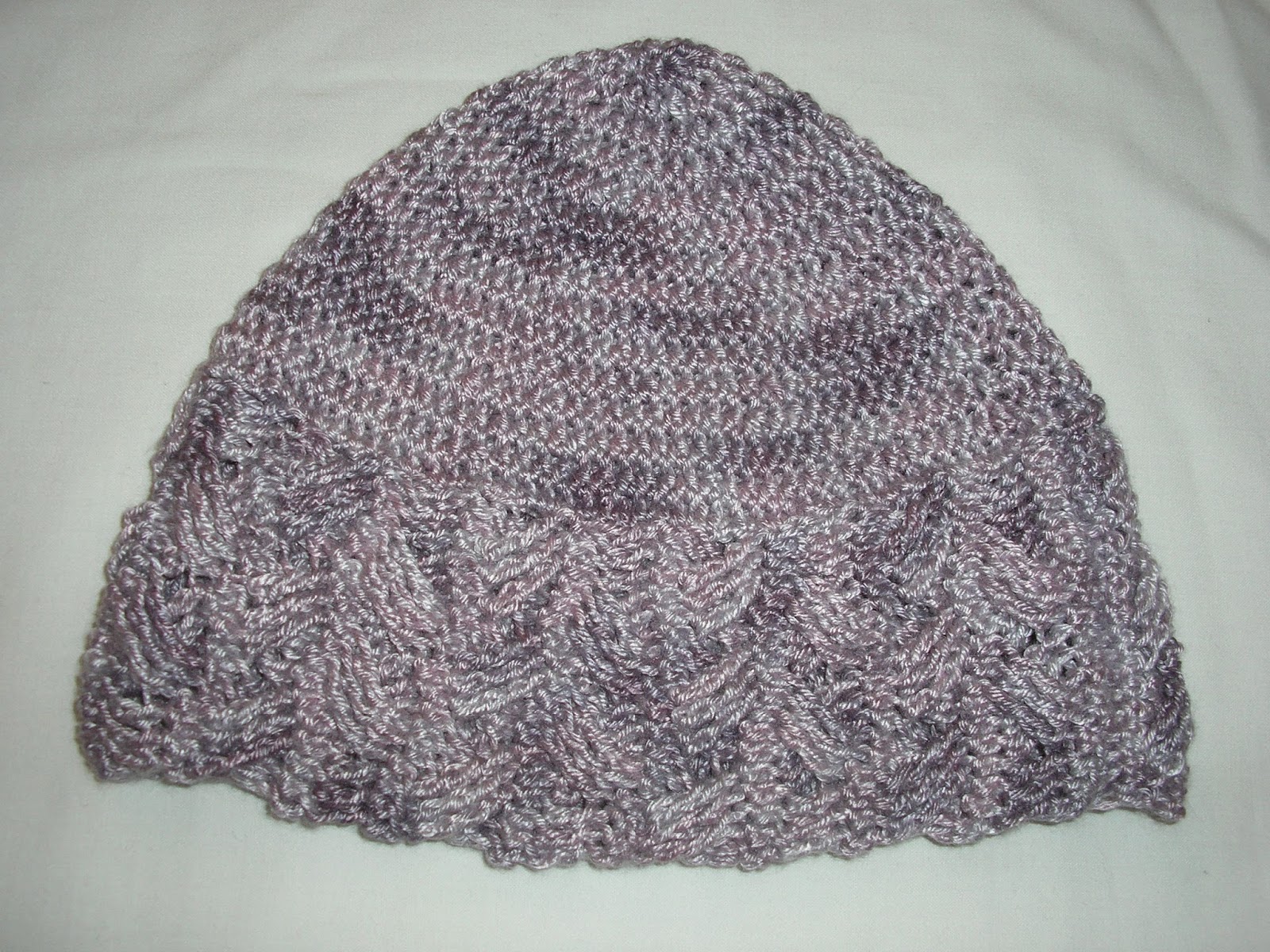 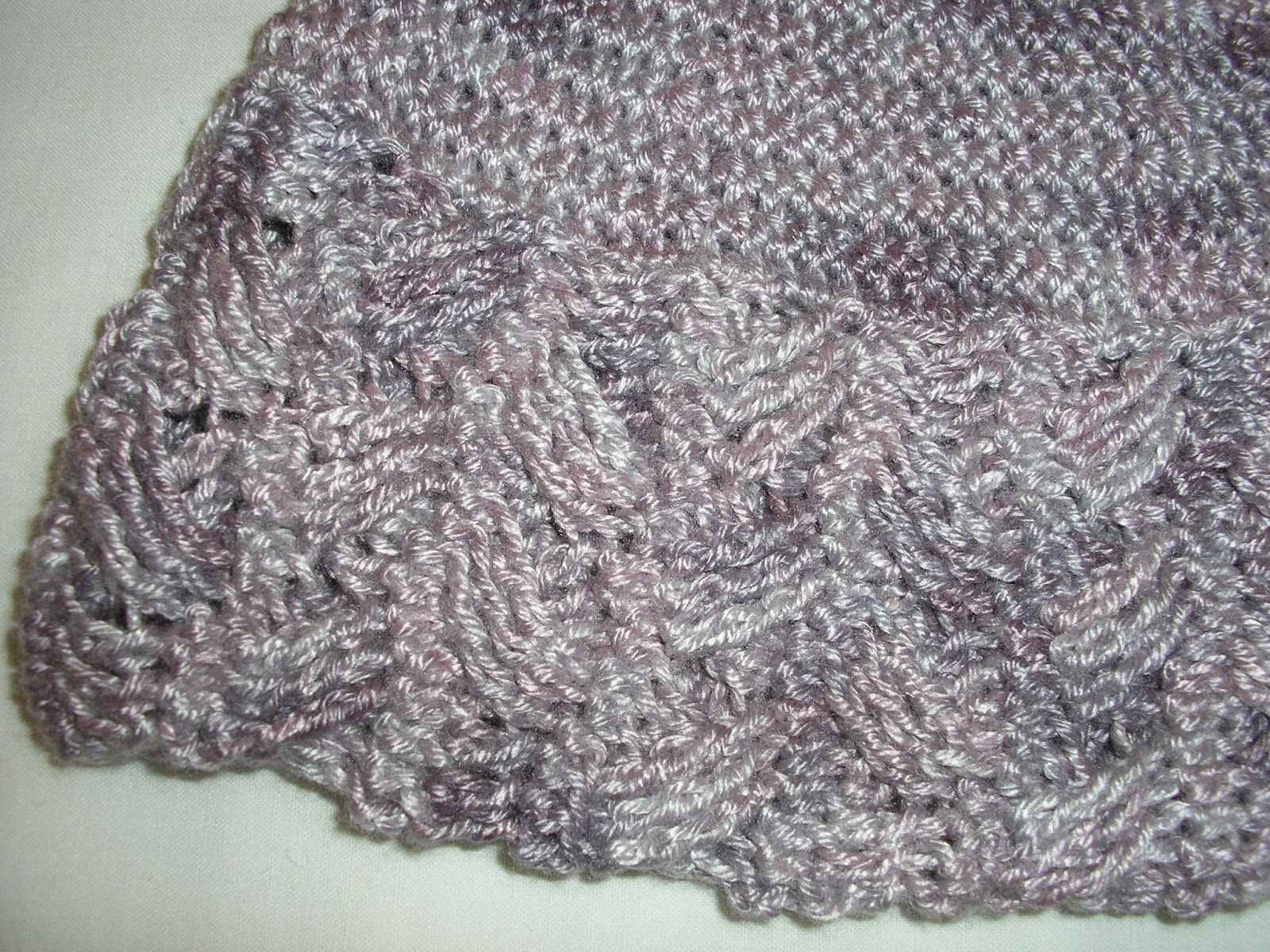 This scarf was a little tricky, but after a couple of repeats of the pattern I was able to do it fairly quickly.  Its the Birstleberry scarf. 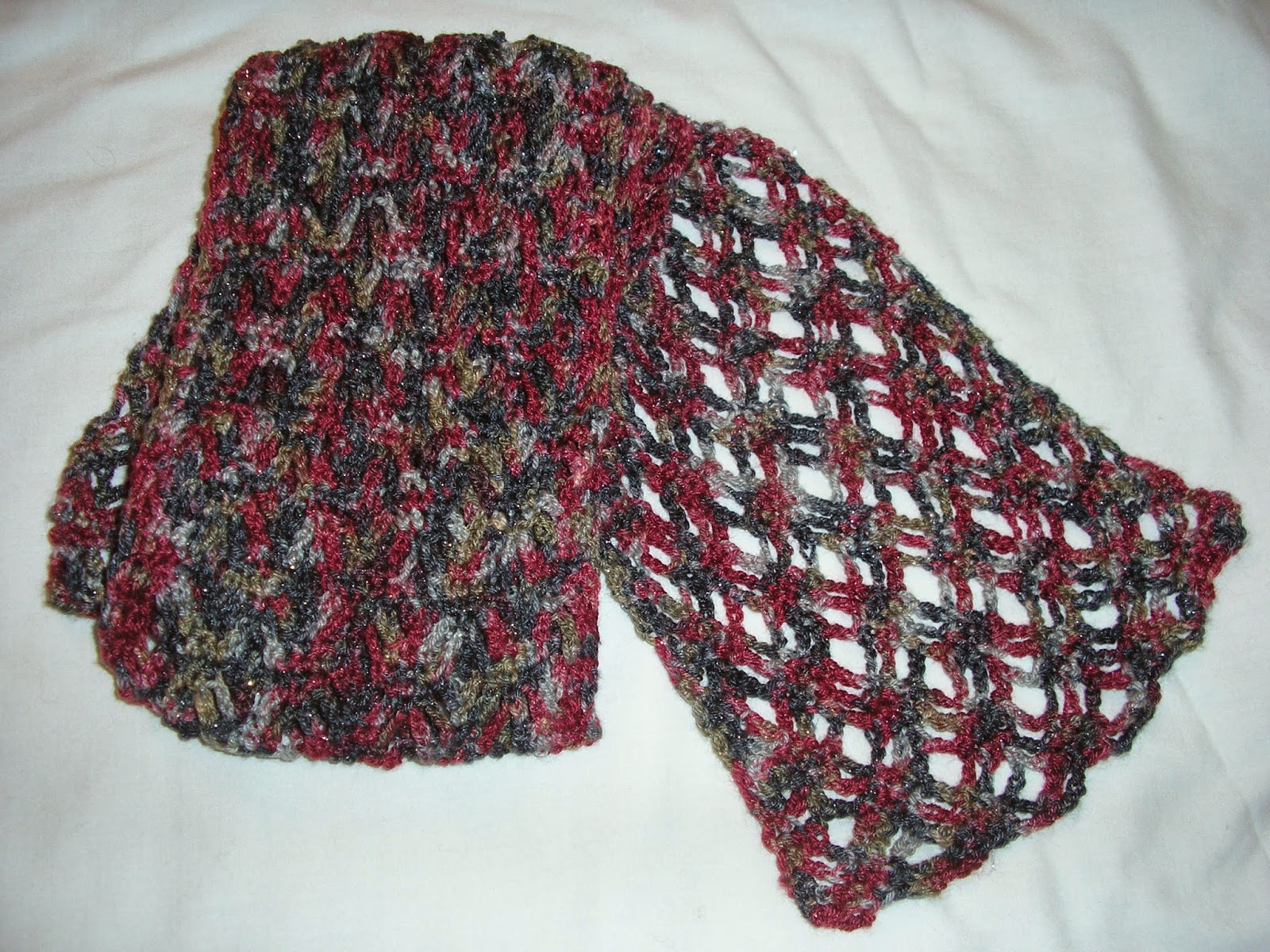 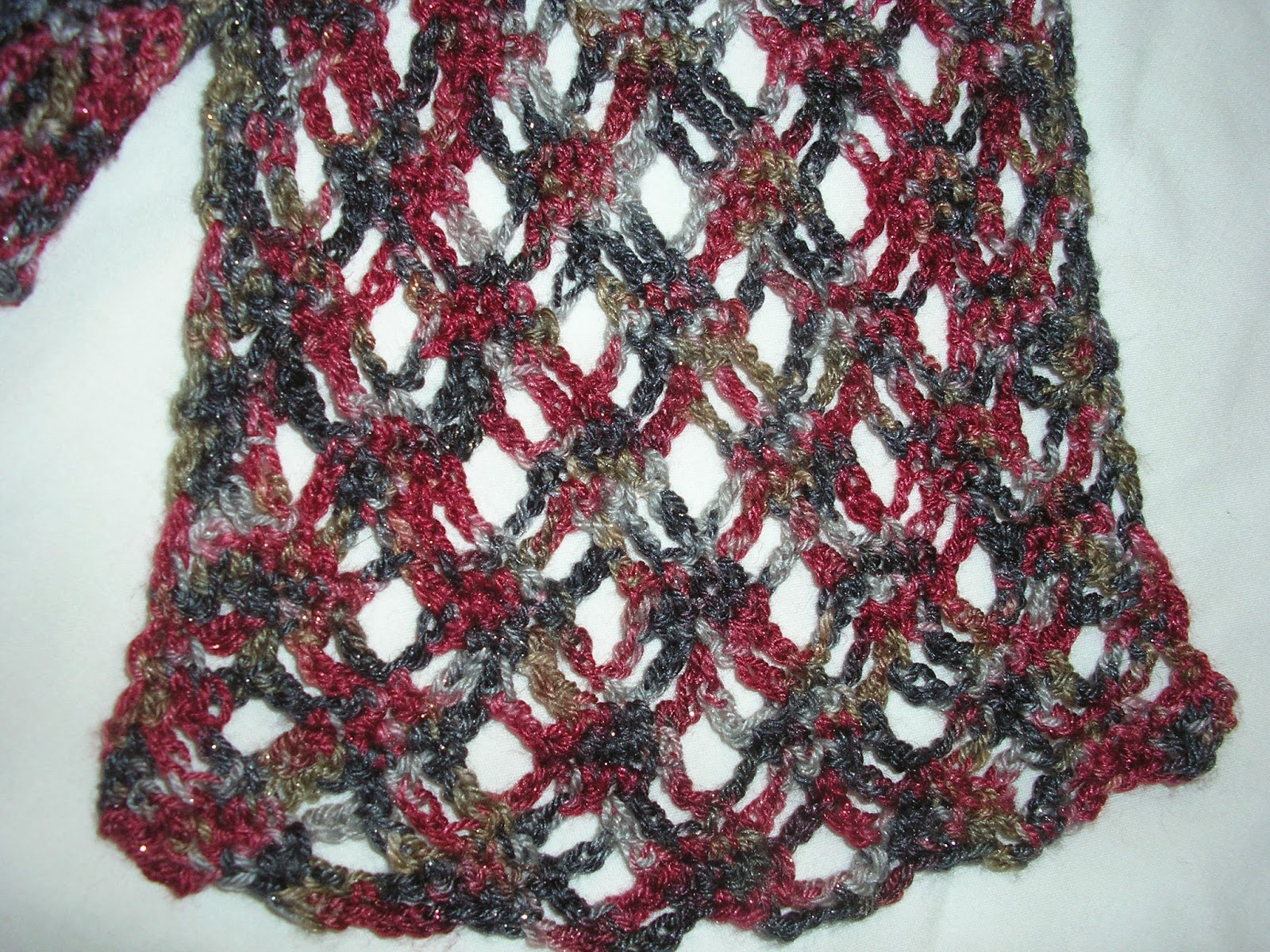 Here's another time I did a variation on a pattern.  I had been wanting to try out the crocodile stitch.  I used the directions in the Serrato Purse pattern to learn how to do the stitch, although I didn't make a purse.  I just made row after row of the scales, then folded the long strip in half to make a cowl.  I don't know if this really counts as something made from the Book, but here it is anyway. 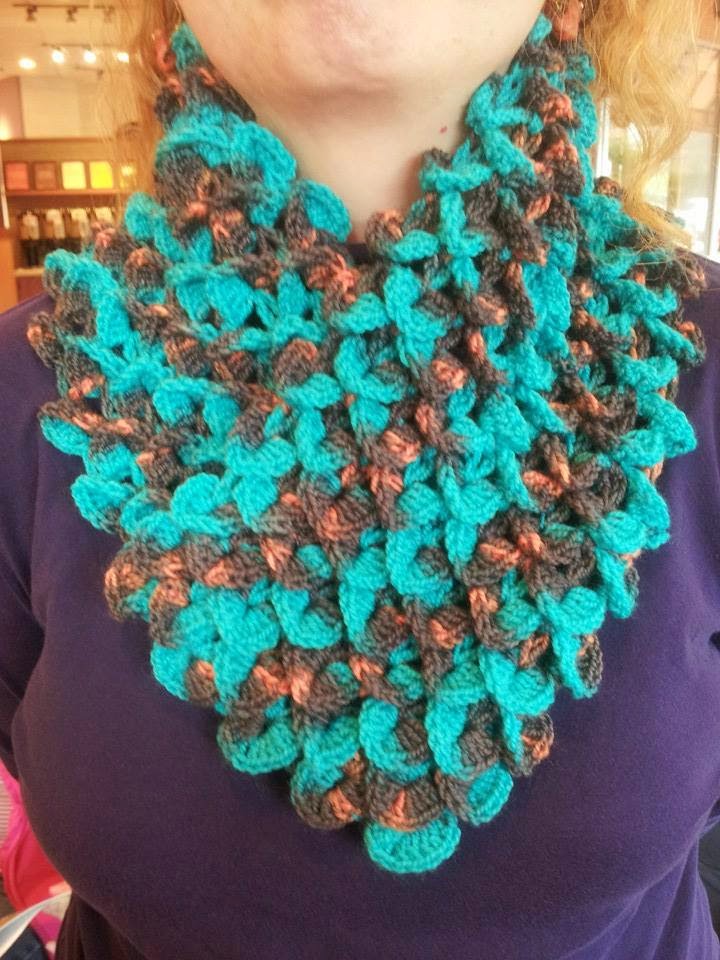 Finally, here's a pic of the Mobius Cowl.  I'm not very good at selfies, so Han Solo kindly agreed to model the cowl. 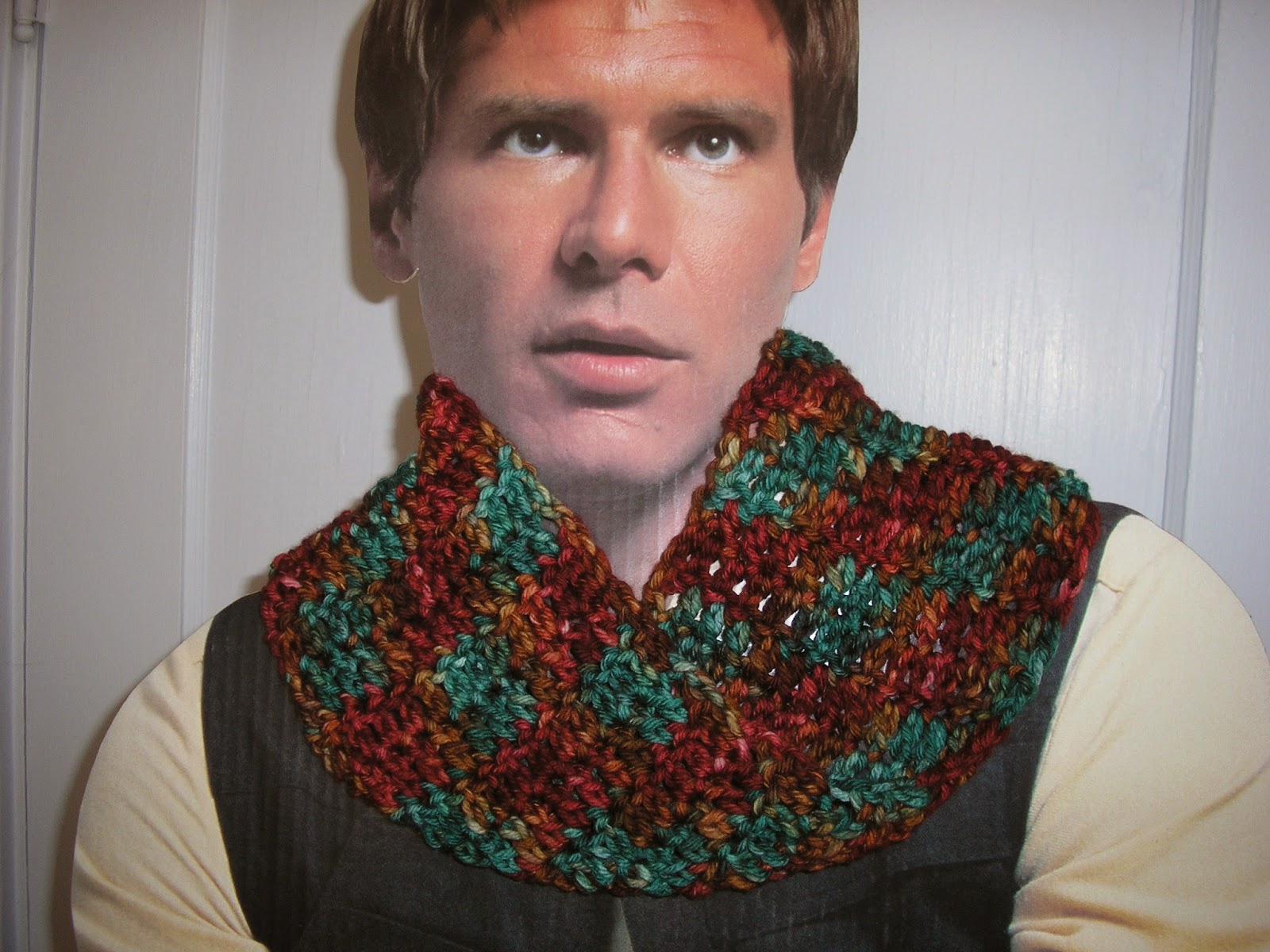 I'm currently working on the Fan-Centered scarf.  After than, I plan on making the Yoga Mat bag.  It will not, however, hold a yoga mat.  Instead, I plan on using it to hold my new yarn swift which is currently in a thin muslin bag.  Also on the to do list is making the Bristleberry in a black and gold varigated yarn, Niles the Crocodile (which I will call an Alligator, mascot of my alma mater Allegheny College), the Blue Sky Dreamin' slippers . . . So many projects, so much yarn, so little time!
Posted by -- Scifi Chris
﻿
﻿
Posted by dhalpern3 at 12:56 PM 1 comment:

SciFi Chris here and hello to all!


Last weekend, several of us 3RC folks went to the annual Pittsburgh Knit and Crochet festival.  We took classes, taught classes, bought yarn and sold yarn.  We also socialized, with each other and fellow yarn enthusiasts who had traveled from all over the area and nearby states.


The vendors hall is usually one of the first stops.  It’s a huge room filled with temptation.  By that I mean, of course, yarn and yarn accessories.  I managed to restrain myself to only getting a few skeins each from some of my favorite vendors and a few skeins from some new favorites.  I also picked up a new yarn swift. 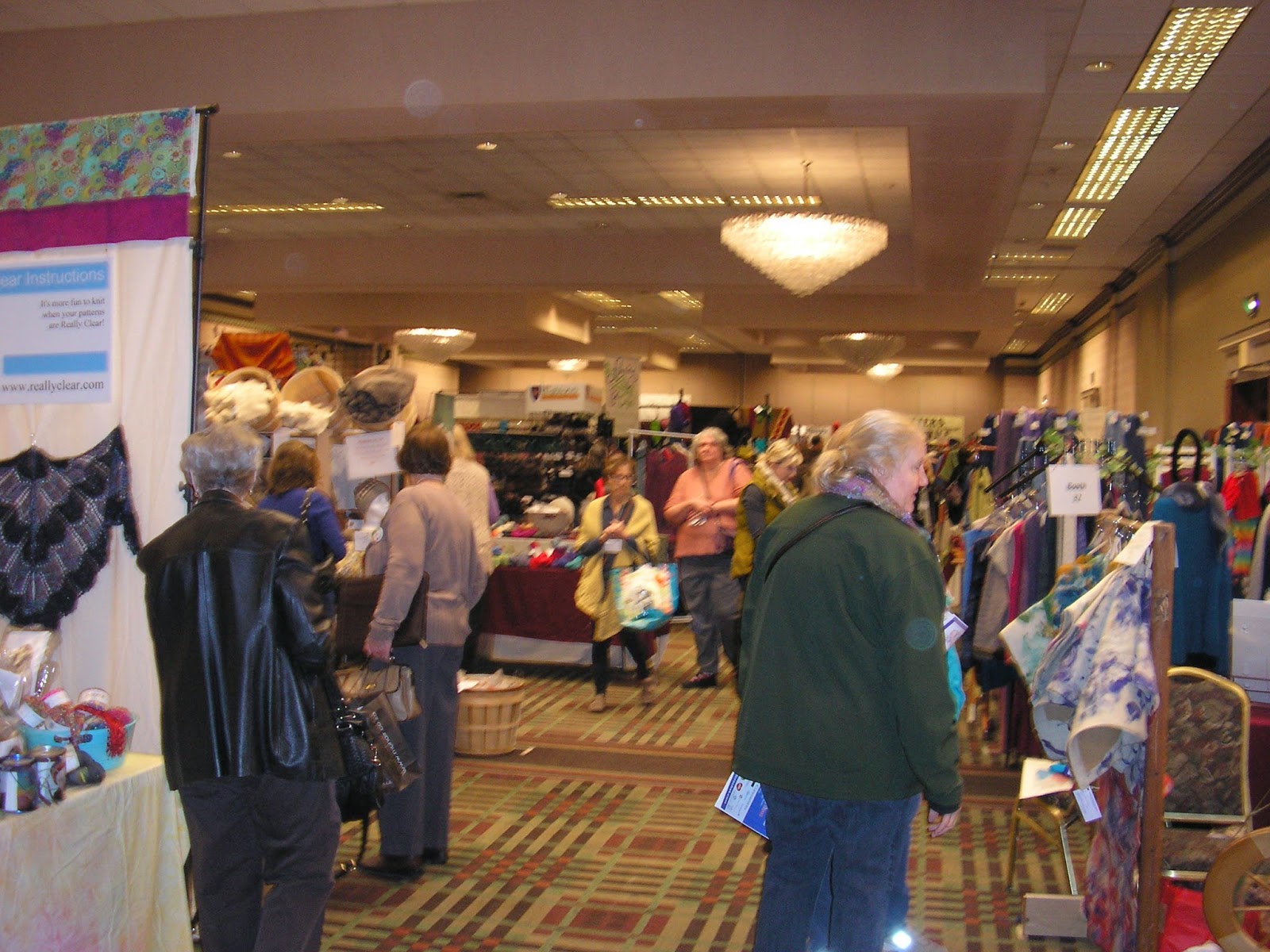 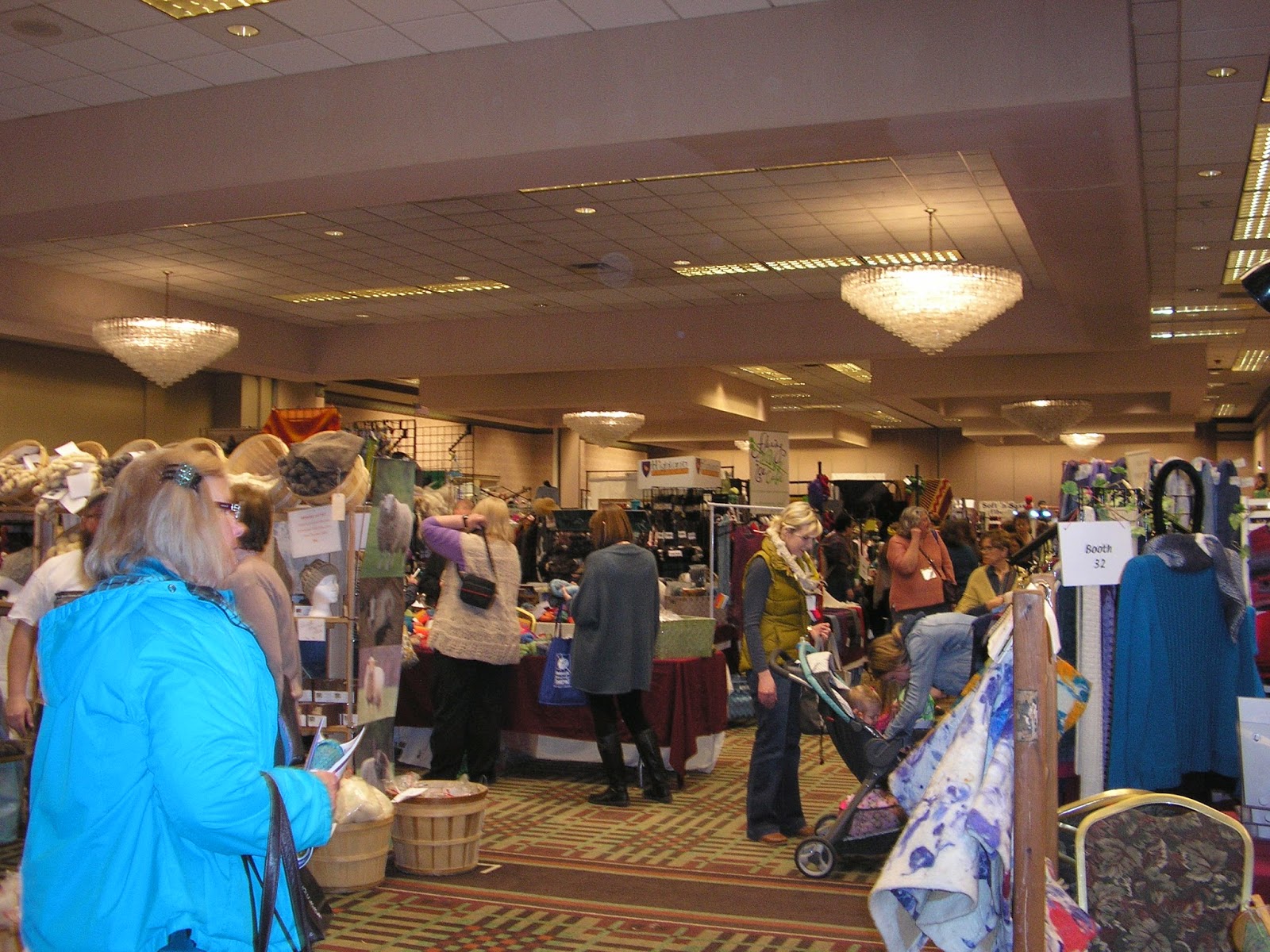 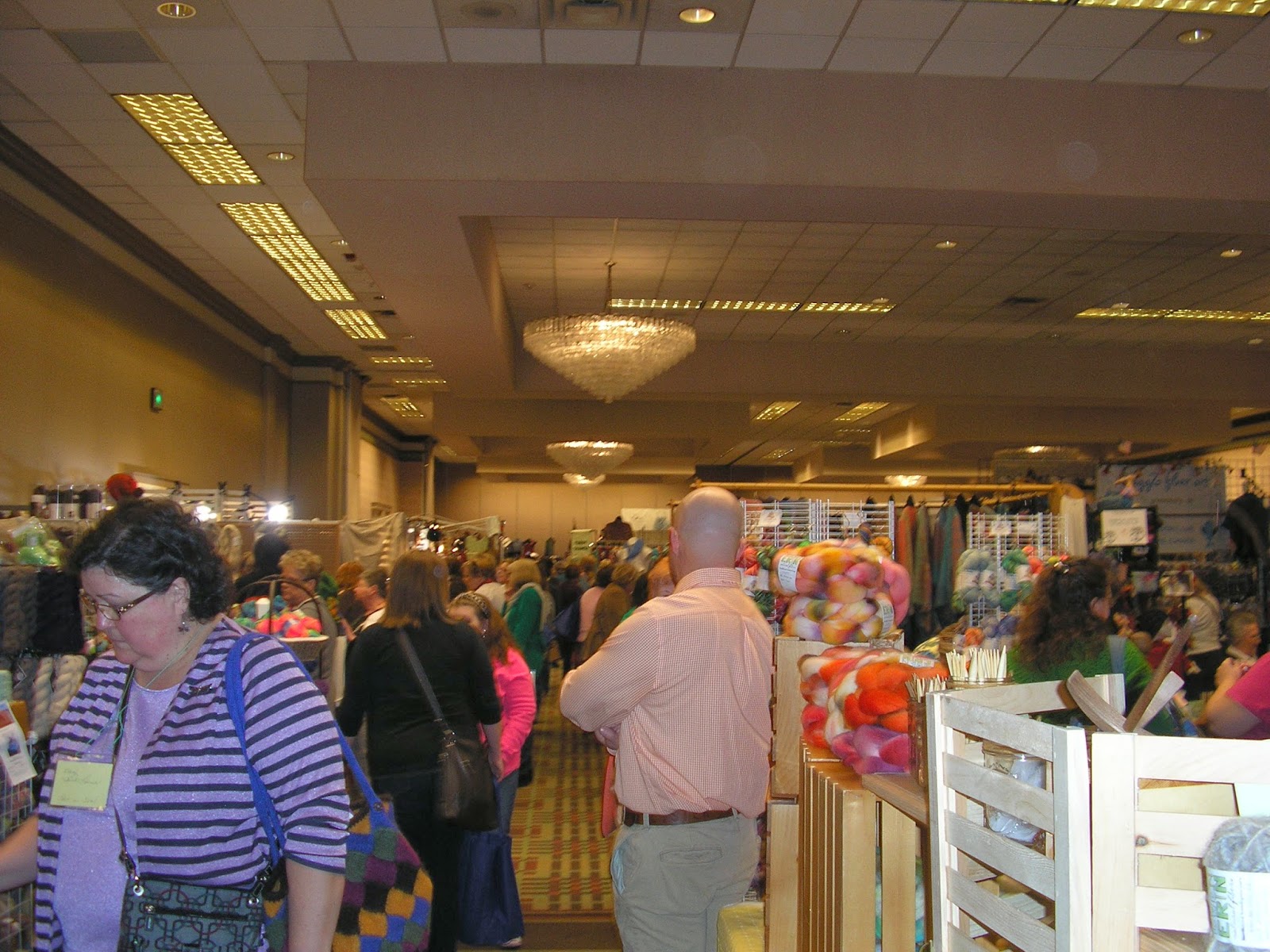 Here’s some of the vendors that are also long time members of 3RC. 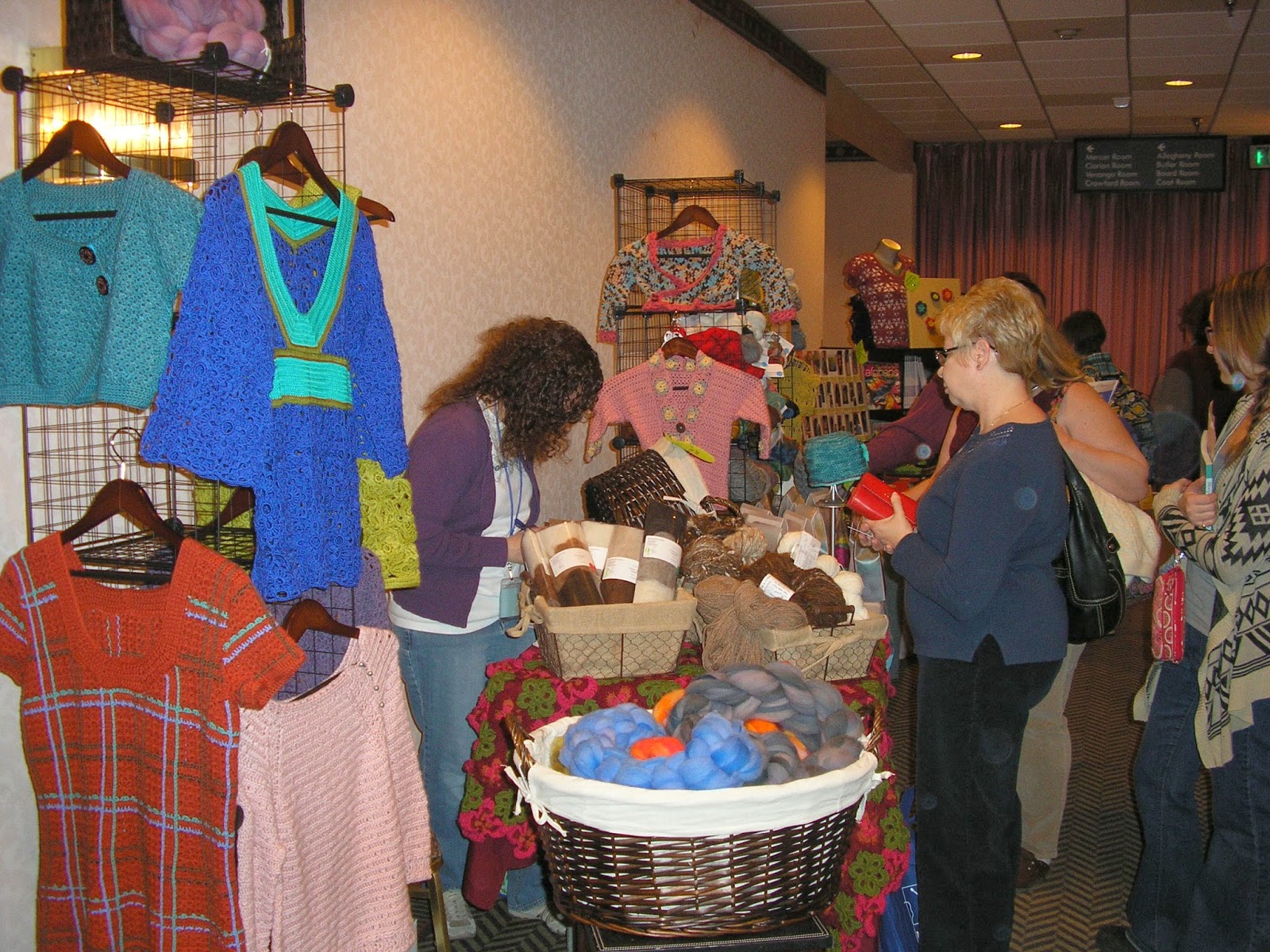 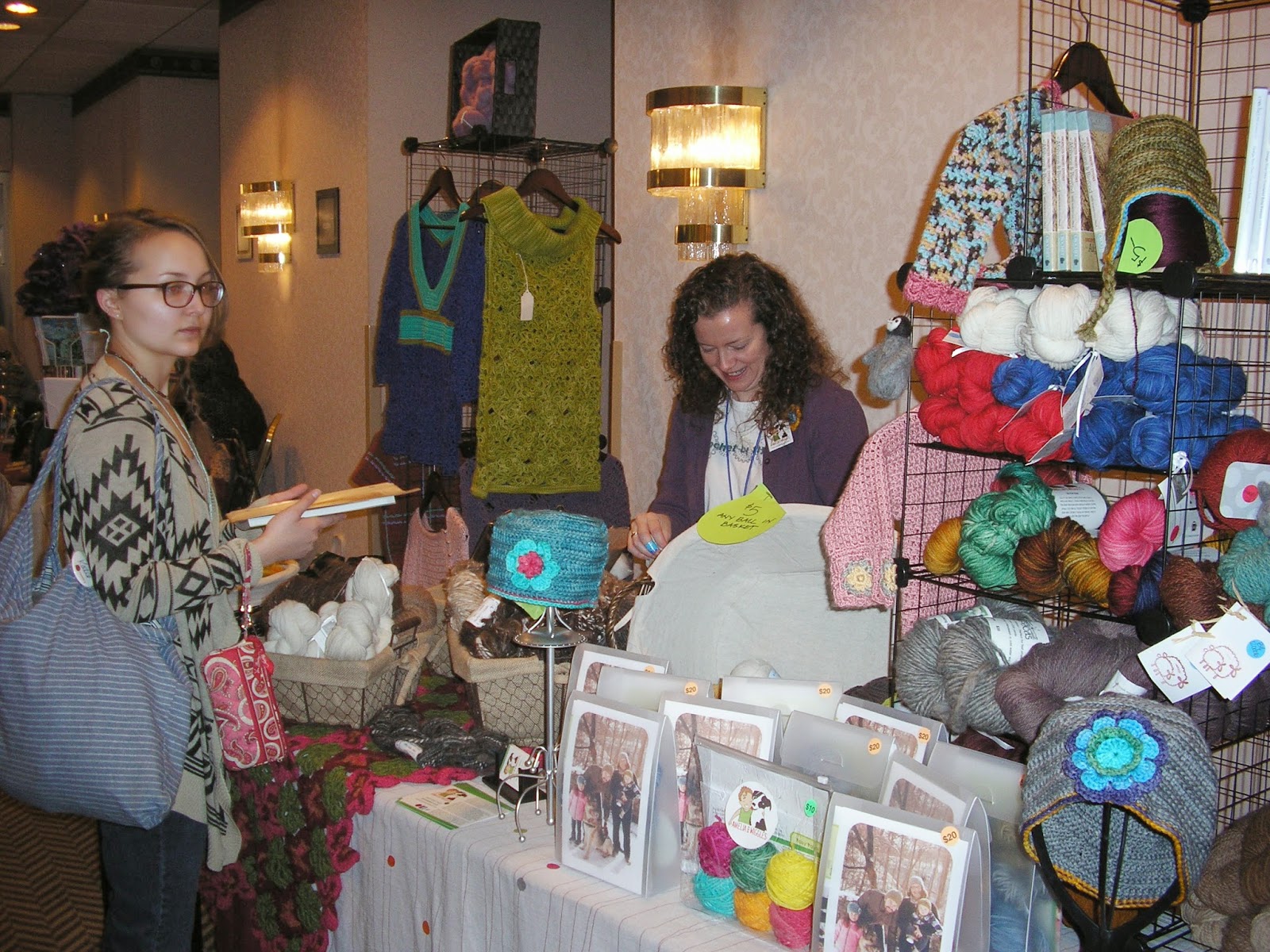 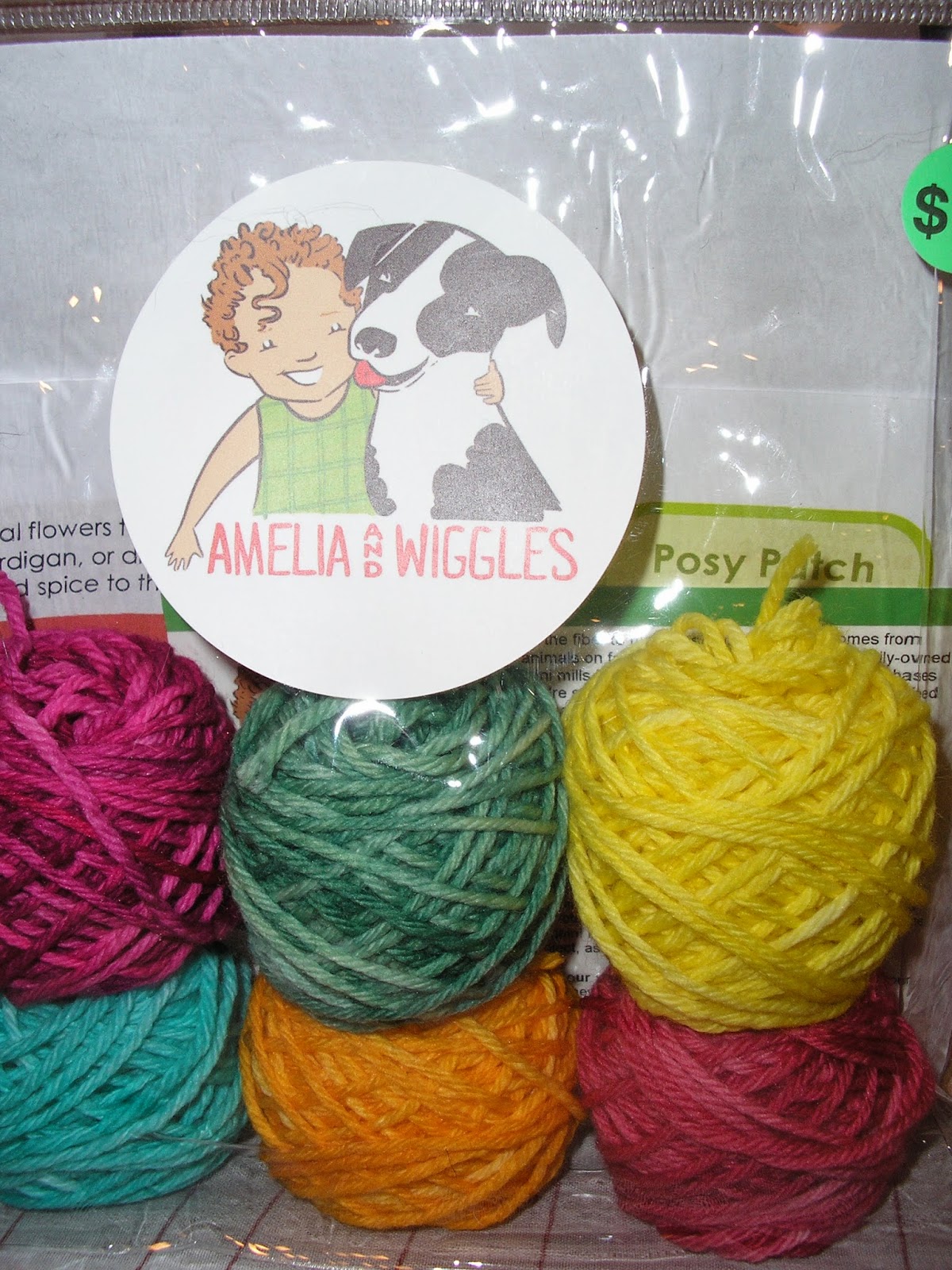 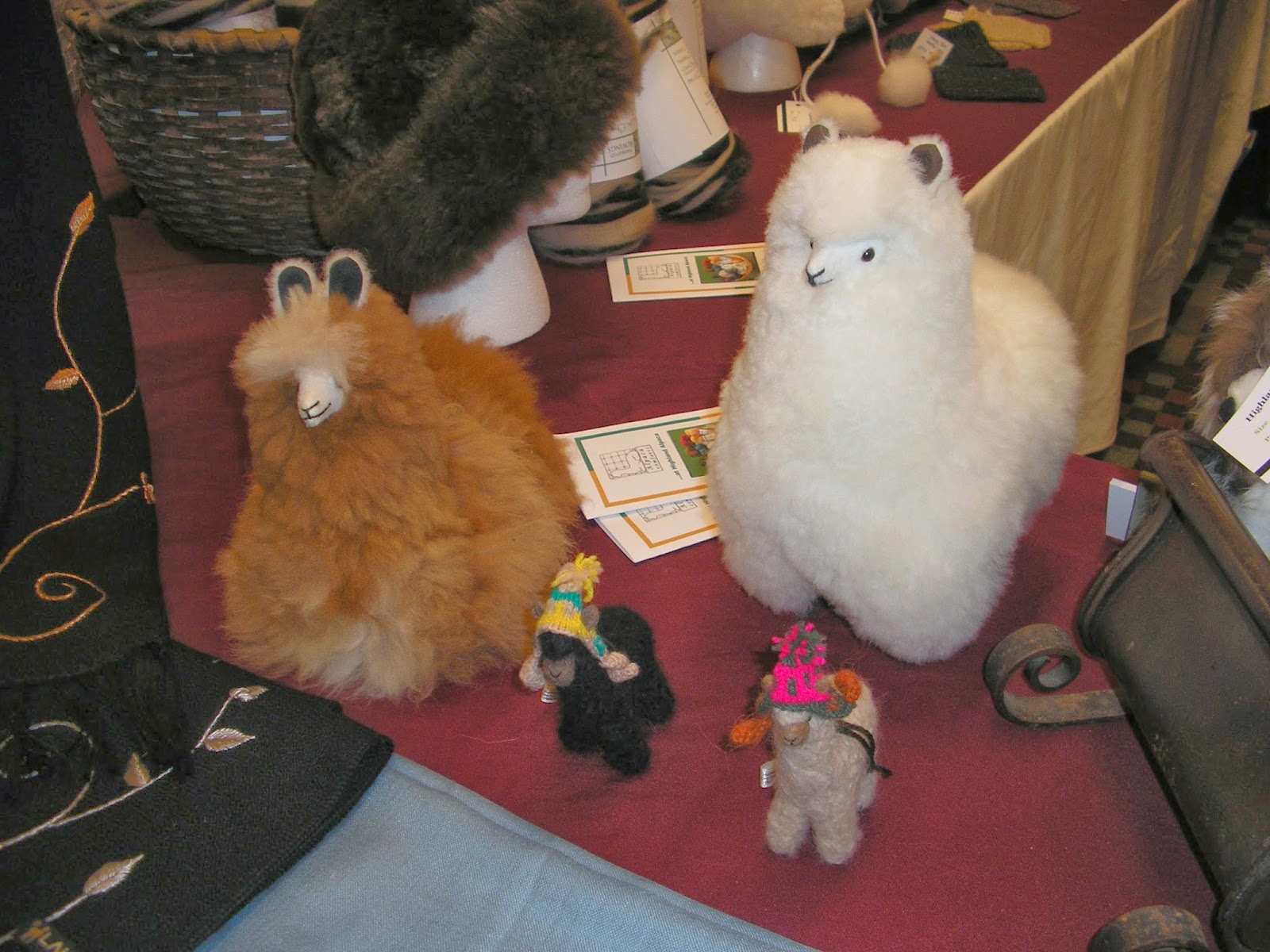 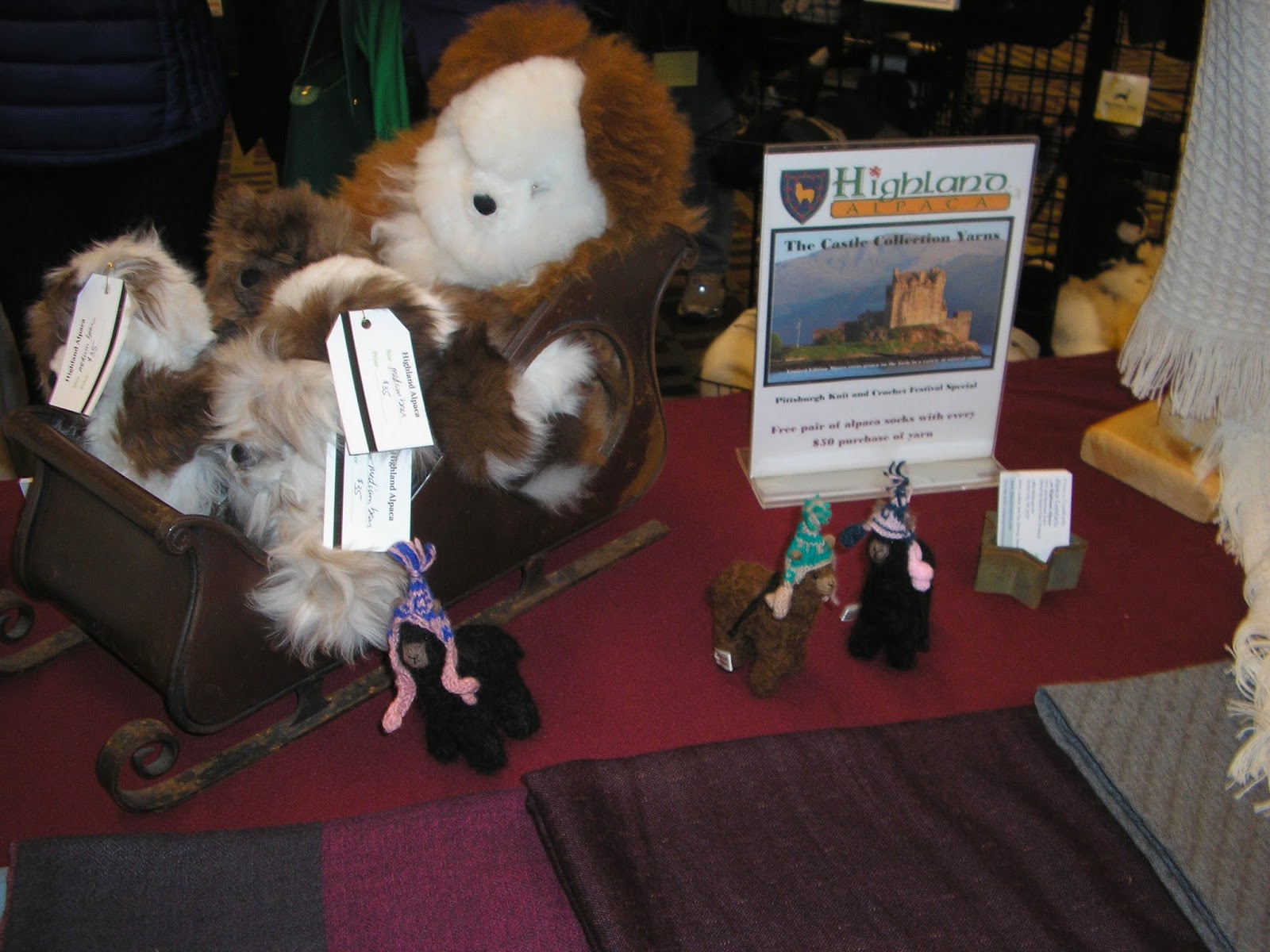 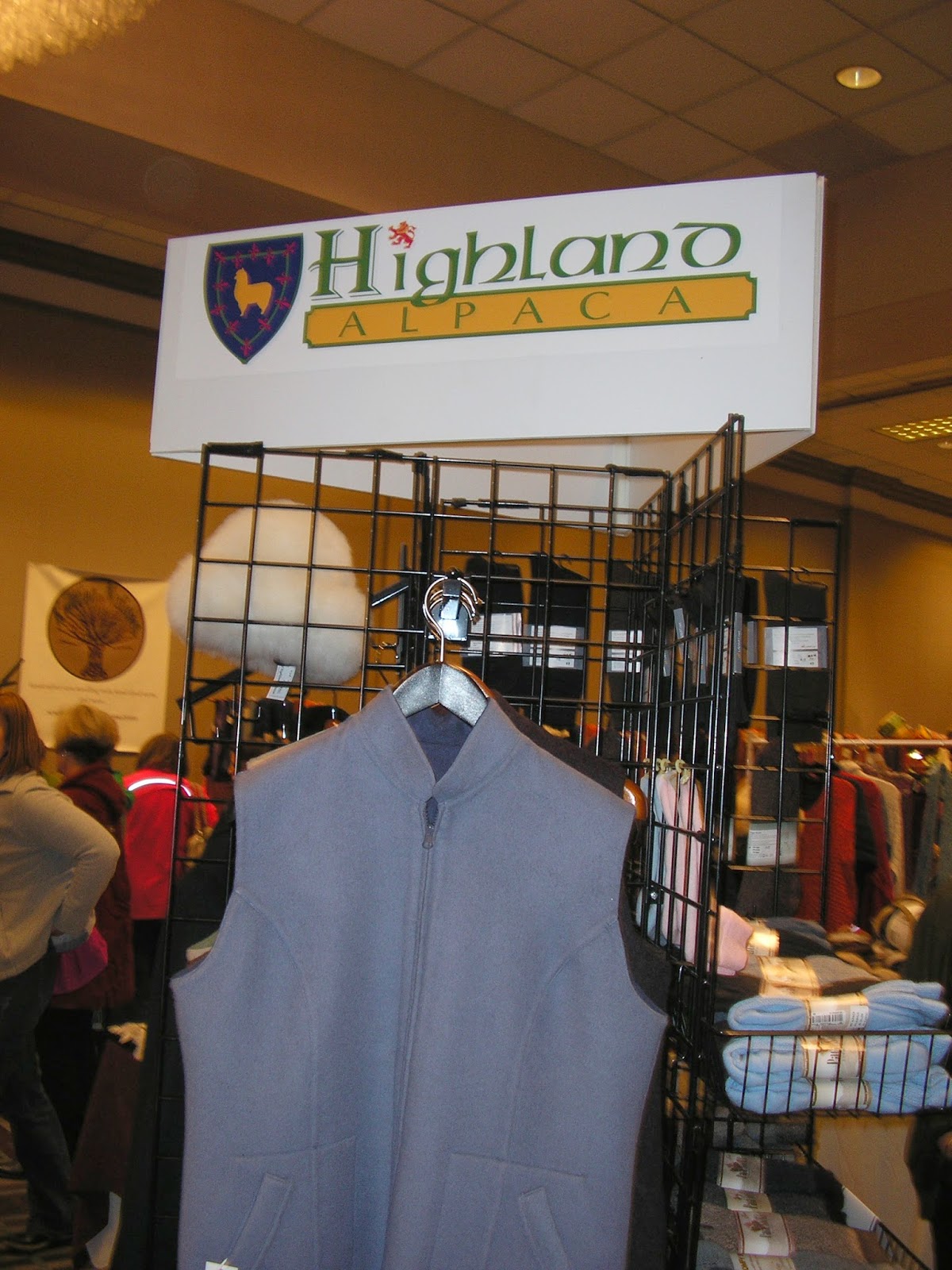 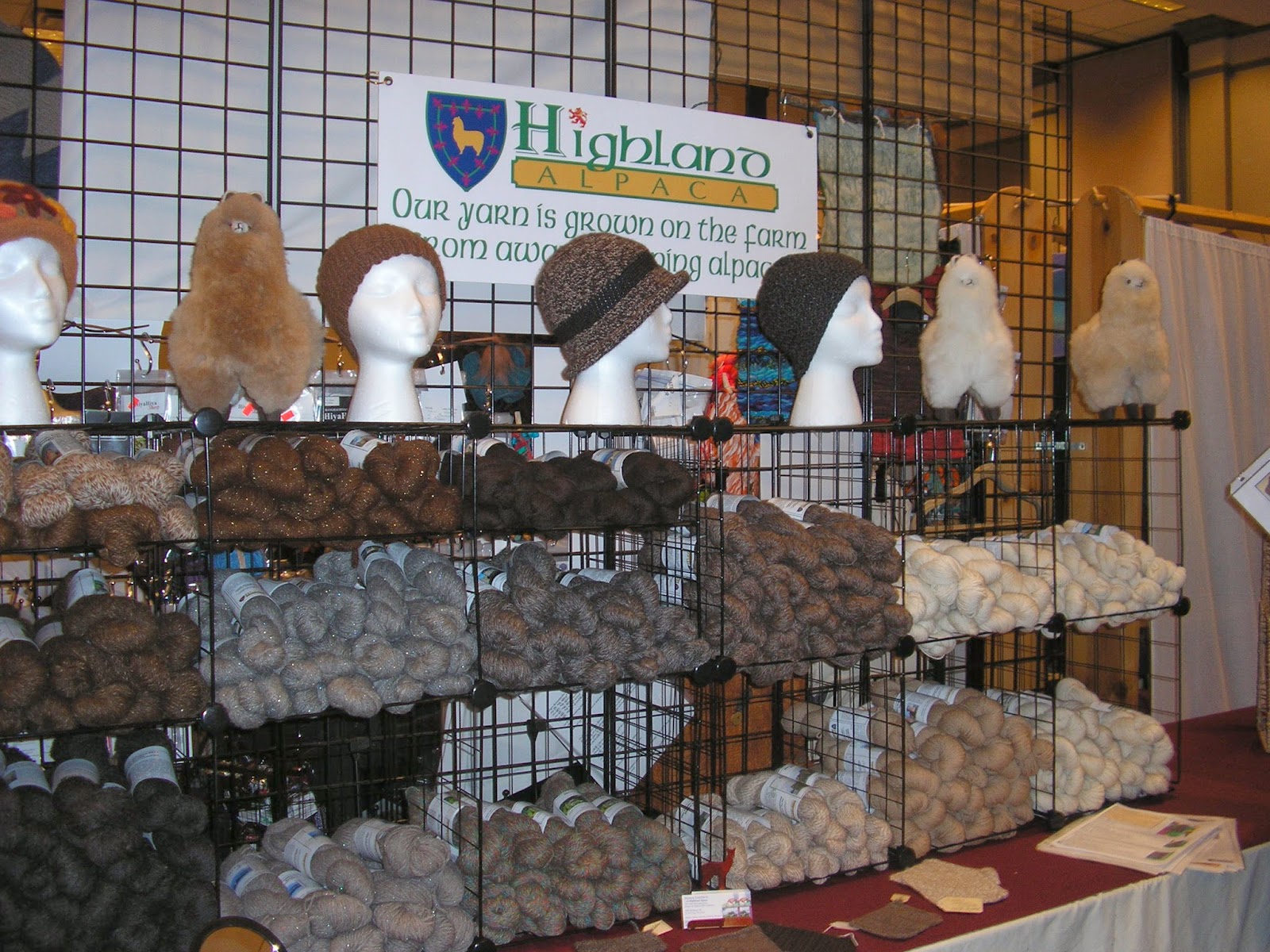 After buying all that great yarn, who is going to wind it into balls?  The nice folks at Hog Heaven will.  Every year they run a winding station and the coat room to raise money for Hog Heaven, a rescue shelter for hoofed animals.  It rescues, rehabilitates and fosters abused, neglected and unwanted hoofed animals.  Check out their website for more info  www.hogheavenrescue.org 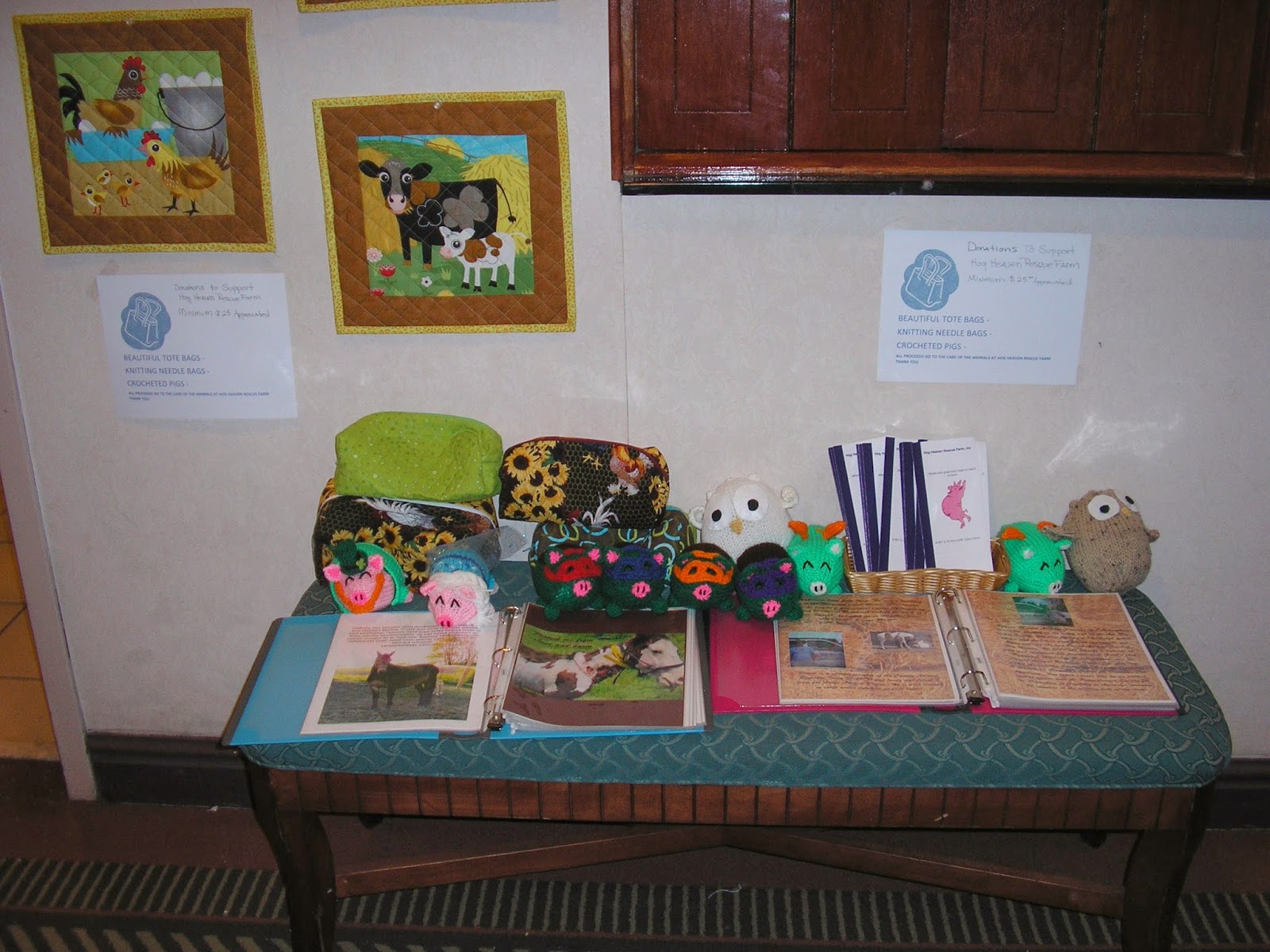 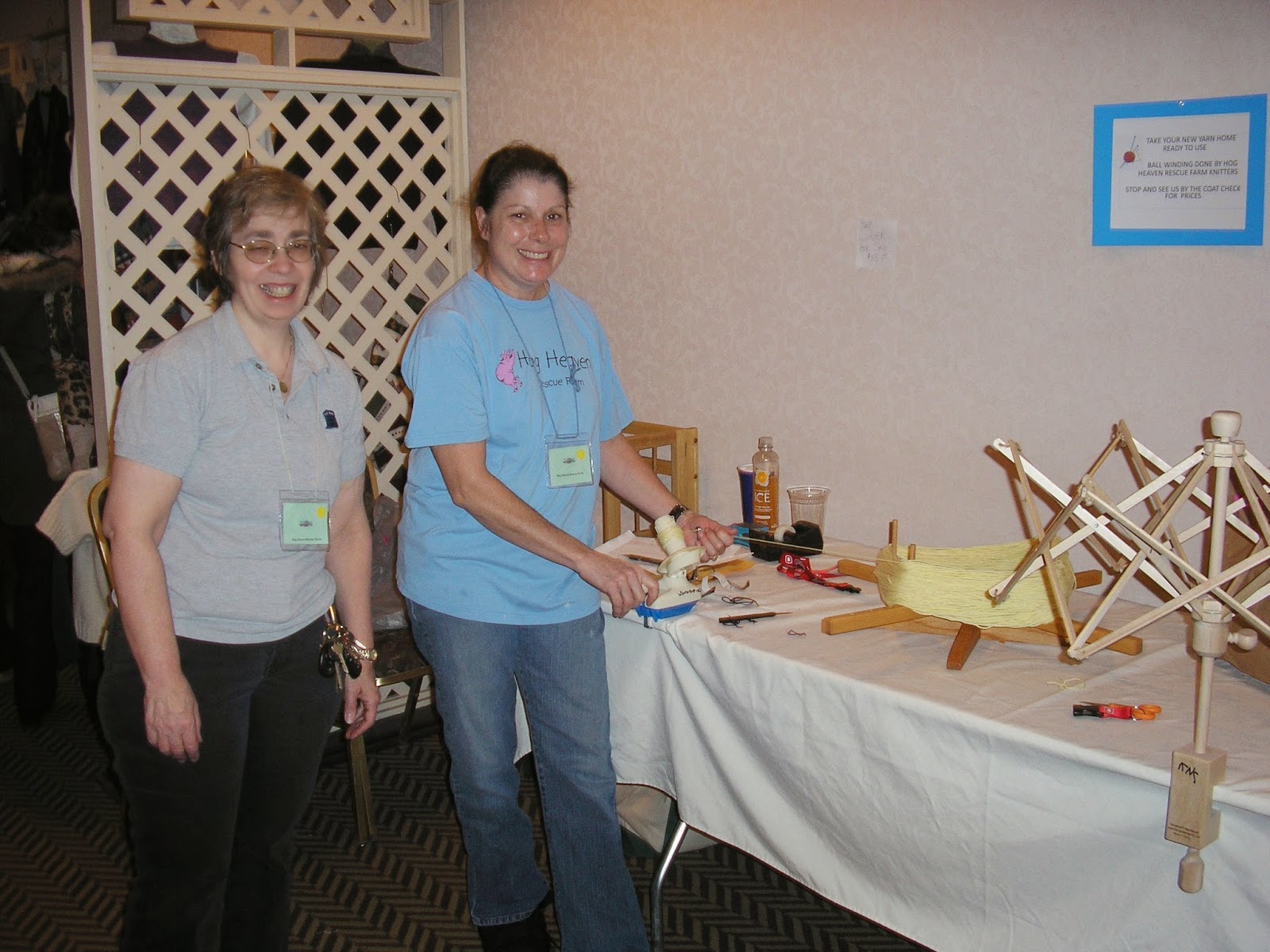 On display at the Festival were dolls wearing crocheted doll clothes designed by Nicky Epstein. 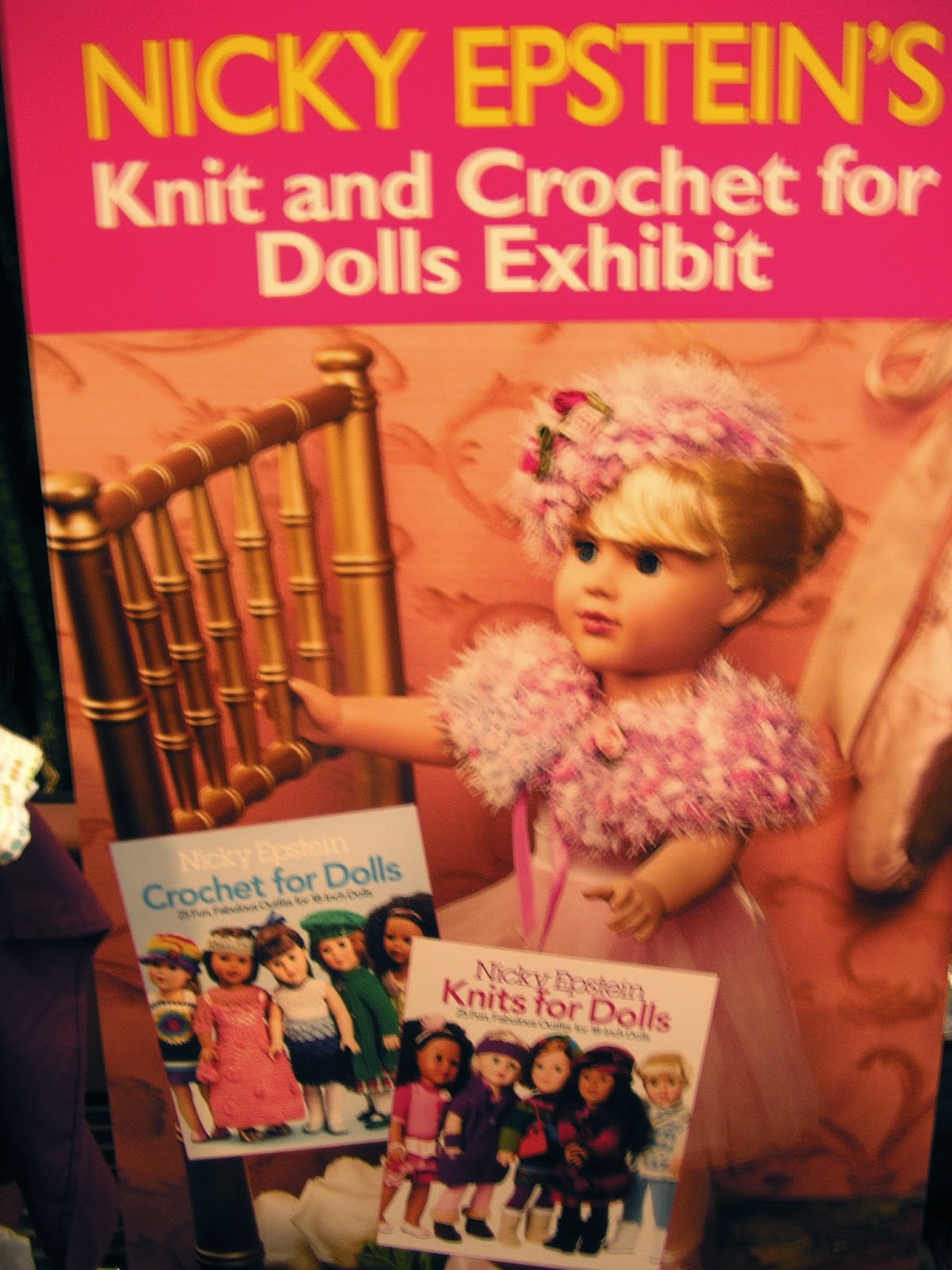 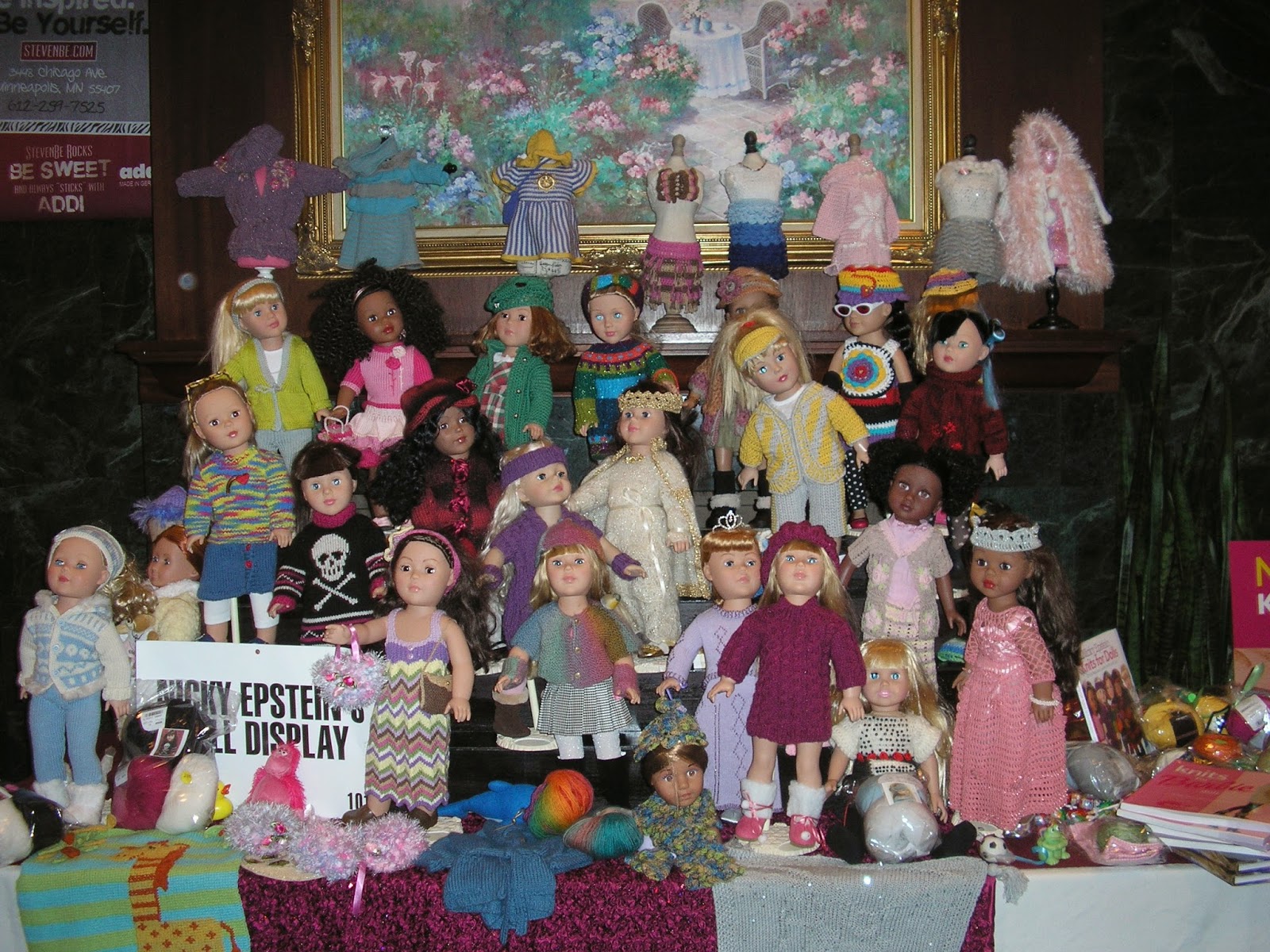 Classes!  I love taking classes.  Robyn, another 3RC member, taught several classes, including the one on making crocheted cables that a few other 3RC folks and I took.  Doug and I also took a really interesting class on free form sculptural crochet, where we made mini coral reef seascapes.  It always is amazing the variety of things that can be done with crochet.  For example, the spiffy bandolers that Doug made himself, to carry all his crochet tools. 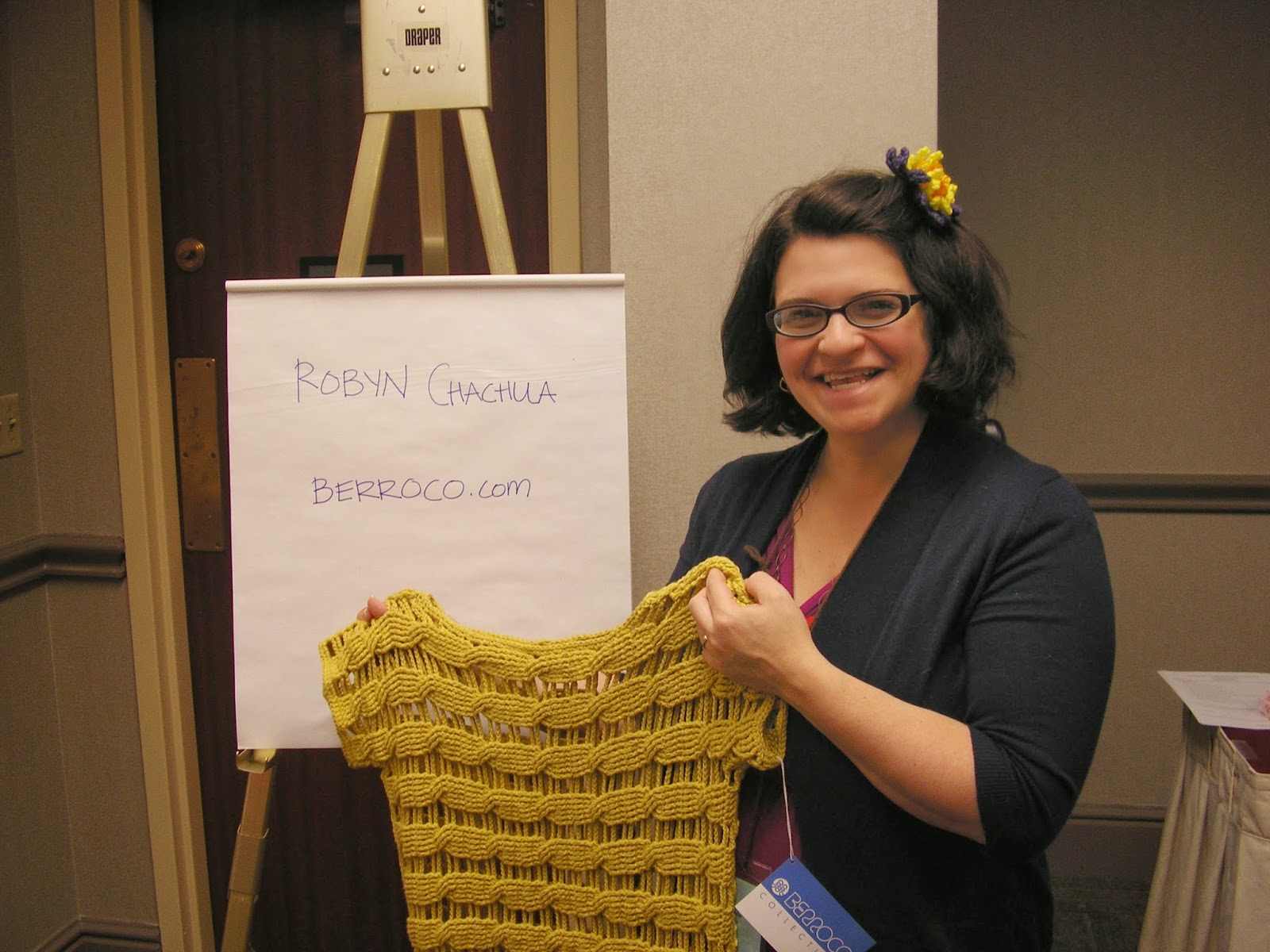 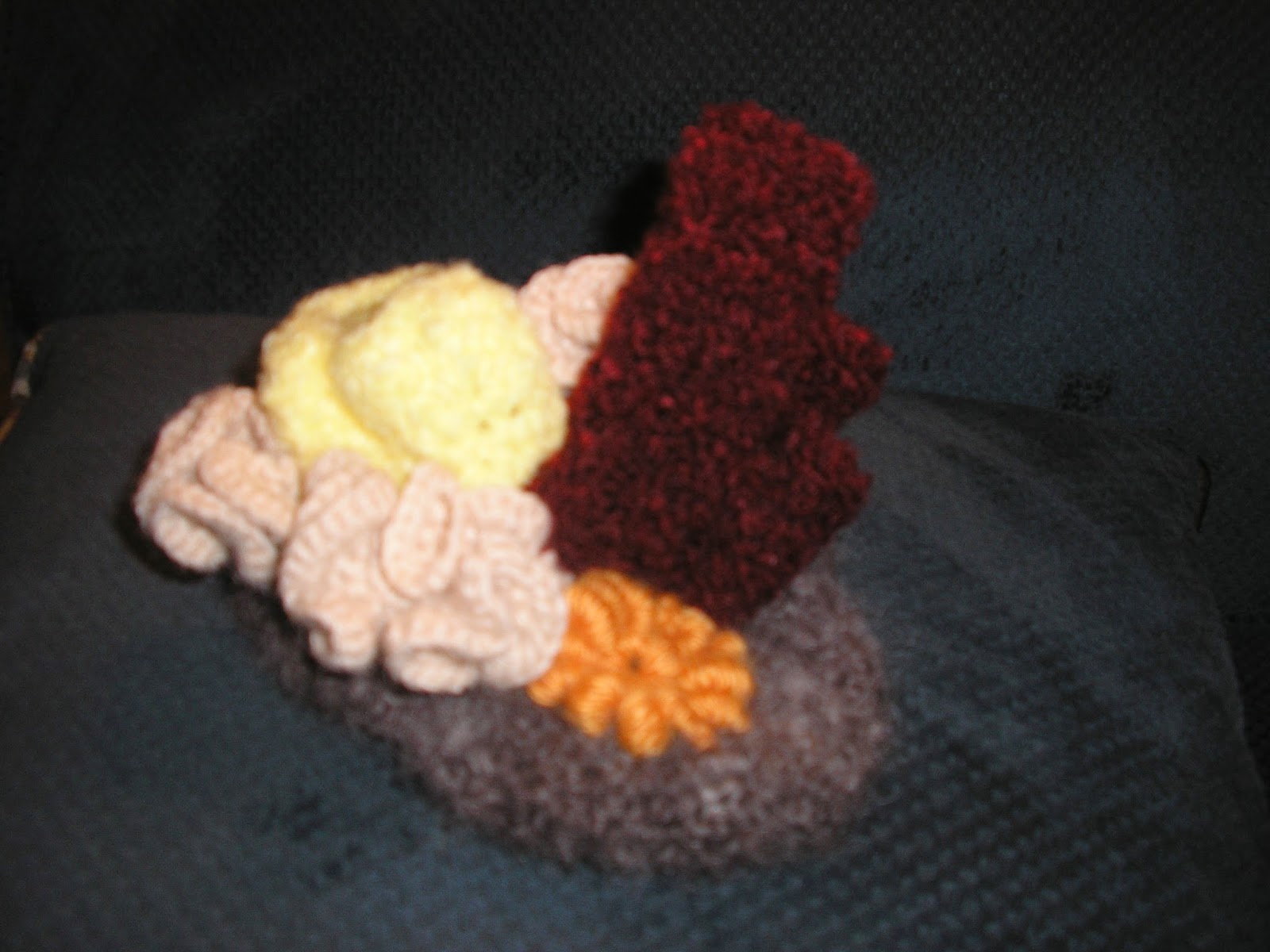